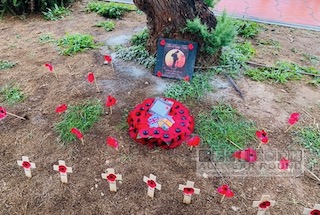 The Royal British Legion Benidorm & District 3489 branch held a short but moving act at The Poppy Tree along the Poniente promenade this morning to mark Armistice Day. Many stopped and paused to listen as a piper played prior to the start of proceedings. 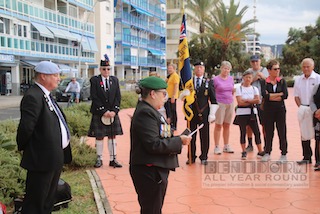 The morning was plagued by torrential rain and loud rumbles of thunder, but thankfully all stopped and even the sun momentarily made an appearance, literally just long enough for the speech, laying of a wreath and 2 minutes silence before it started again – surely a sign! 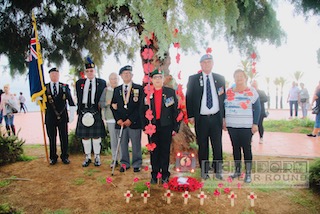 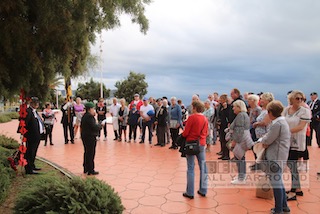 On Sunday, there will be a Remembrance Service in The Way Not Bar on calle Gerona, opposite the Ambassador hotel. Doors open at 11:00 and service starts at 11:40 with television screens broadcasting the event live from the Cenotaph in Whitehall. Afterwards  there will be an afternoon of live entertainment, including a contingent of The Llantrisant Male Voice Choir all the way from Wales!