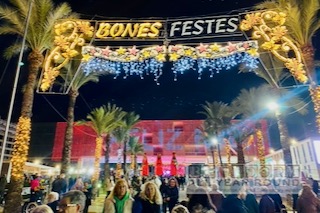 Christmas officially arrived in Benidorm last Saturday evening, with the turning on of the lights at the town hall square, renamed Plaza de la Navidad – "Christmas Square" for the duration of the festive period. 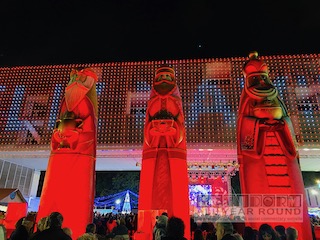 The two fiesta queens, Aila Merenciao and Chloé D´Hebbout officially declared the square open and the mayor Toni Pérez in his speech told the children “to be happy and make others happy”. There was certainly much excitement from the thousands gathered, all wrapped up snuggly. 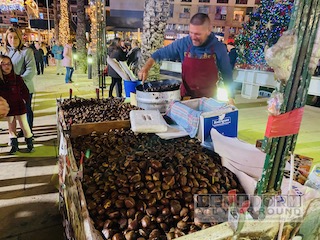 Afterwards a full production show called  ´Magical Tales´ took place on the stage, with songs from a variety of popular Disney productions to the delight of the children and their parents gathered. Three imposing Wise Men stand illuminated in red in front of the town hall, a magnet for children. 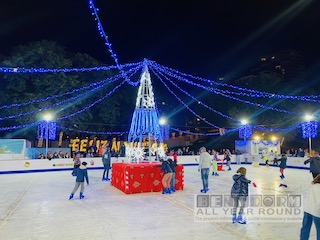 The square, which has numerous children’s fairground style rides and activities, including an ice rink and food stalls will remain open until January 8.

Hotels, shops and businesses are all in the festive spirit too, with lights, trees and decorations adorning their fronts. 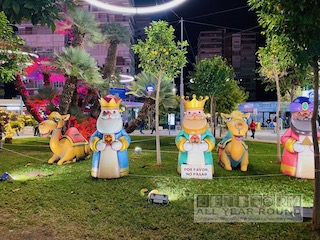 Temperatures are now more inline with the norm for this time of the year and although still relatively mild during the day, in the mid to late teens, at night there is certainly a chill in the air so pack something warm!