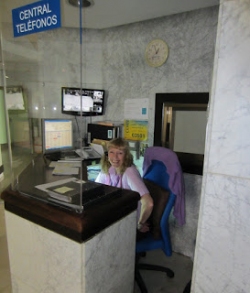 Following the success of Channel 5's documentary "Benidorm ER" which was screened at the beginning of the year, a second series has been commissioned. Last year the camera's followed unfortunate British holiday makers and ex-pats that ended up in casualty at the private Hospital Clinica Benidorm - one of two private hospitals in the town.

With the bars brimming over every night in the centre of Benidorm you are spoilt for choice as to where to head. Many of the Stag & Hen parties head to the big themed bars which offer round the clock entertainment in the evenings - which is all FREE. If you went into any equivalent place anywhere around the world you would be charged an entrance fee but here in Benidorm there is no charge what so ever.

Benidorm busy thanks to the Brits 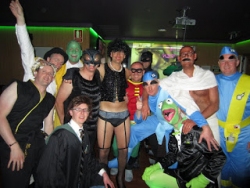 Despite the economic crisis or lack of direct flights,  Benidorm has remained relatively unaffected thanks to a new niche market - the weekend visitor. This is composed of two completely different types of visitors.Firstly there is the domestic Spanish market, with many coming from Alicante, Valencia, Madrid and Castellon on a Friday night and returning back on Sunday afternoon - resulting in hotel occupancy reaching nearly 100%. 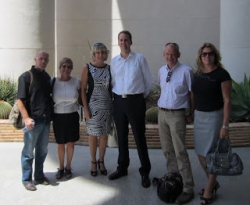 Yesterday afternoon British Consul Paul Rodwell hosted a meeting at the Melia hotel in Benidorm aimed at those that work in the tourism sector. It was also the launchpad to promote the release of 2 safety videos that have been produced locally and authorized by the Foreign Office to roll out and publicize in the lead up to the busy Summer season. 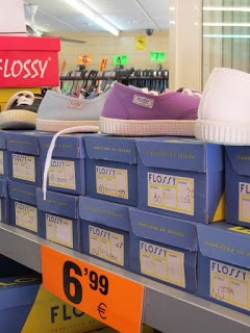 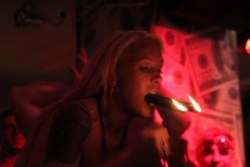 At the beginning of this year Karen Ravenscroft, otherwise known as Kinky Karen was one of several Brits that was featured on Channel 5's "Benidorm ER" documentary series. The camera crew followed her around whilst she was investigating the cause and treatment for a severe back problem.She was advised by doctors that she needed an operation but Karen decided against it after researching the risks involved. 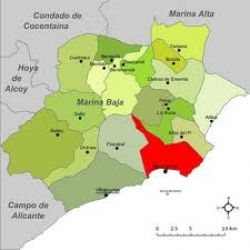 Have you ever tried to hail a taxi from the roadside and had many empty ones pass by but not stop? You may wonder whether they have finished shift and are on the way home, but more than likely it is due to  "boundary laws". At present a passenger cannot get into a taxi if it is registered in another town. 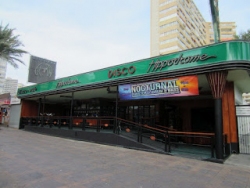 Benidorm is a magnet for those wanting a good fun time - which is especially evident at this time of the year, with the influx of Stag and Hen parties arriving every weekend. The booze is cheap, a pint of San Miguel for only 1.50€ and the bars are certainly plentiful. The hotels that are frequented by Stag & Hen groups are often right in the centre and include Hotel Perla - ap 50 mts from Cafe B, Ambassador Playa, Flamingo Benidorm... 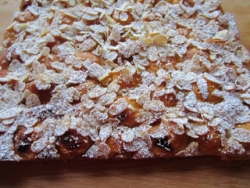 If you've ever headed inland from Benidorm, past La Nucia you may have wondered what the silver white meshes are that adorn the mountain-sides. As you approach Callosa d'En Sarria, where the popular Fonts D'Algar waterfalls are located you will be surrounded by the mesh greenhouses, which protect the crops of nisperos being grown. A nispero is a soft orange fruit which is like a cross between an apricot and plum. 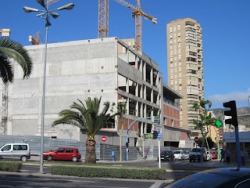 Many of you may have wondered what the semi built concrete skeleton in the middle of the Avd Europa is.....well obviously a building site - it doesn't take a genius to work that one out with SIX cranes sitting idly by! The "project", which actually started back in 2007 is for a colossal 35,000 sq mt Cultural & Conference Centre - which had an initial budget of 40 million euros.

In the UK political correctness has gone mad and thanks to all the do-gooders there is NO justice system.  A drink driving footballer, who killed two young boys was let out of prison to attend his son's birthday party - he was sentenced to just over seven years and is due to be released this summer after serving just half of his sentence. Yet a looter that started a fire during the London riots was jailed for 11 years! Today's Mail 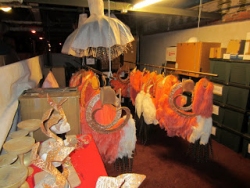 Benidorm Palace is usually on most visitors "to do" list - even locals go on a regular basis, especially when they have visitors. Its a magnificent show incorporating a troup of dancers with the most amazing costumes you are ever likely to see. There are also additional acts on in between which in the past have included acrobats, strongman and illusionists. Have you ever been curious as to what goes on behind the scenes to put the show together? 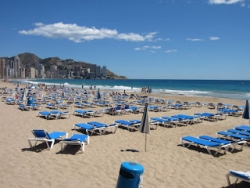