Terra Mitica in Benidorm - an appraisal 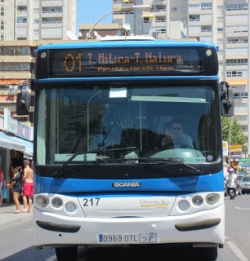 It has been some years since my last visit to Terra Mitica, so off I went with 3 children last weekend (they were aged between 12 and 15 - yes brave I know, especially as 2 weren´t even mine). I was curious to see if there had been any changes since management of the park is now under the Aqualandia group and to also hear the opinions of my three charges.

Don´t be scammed when on holiday in Benidorm 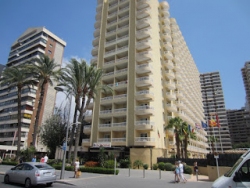 Due to the crippling economic situation, particularly in Spain where unemployment stands at 25% (50% for  youth) there has been a visible return of property conmen and time share/holiday club sellers along the Costa coastline. As you head down to the beach, obviously looking like a tourist you are being preyed upon by unscrupulous rep´s waiting to lure you in.

ITV´s "This Morning" broadcast from the Sol Pelicanos in Benidorm 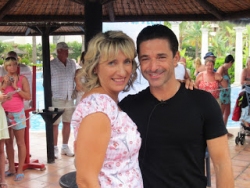 Just like a hurricane, the ITV crew and presenters came and left like a torpedo! The morning started early at the Sol Pelicanos hotel - the crew having already set up by 8am ready for the live link ups. Benidorm Mayor, Agustin Navarro arrived at 9 o´clock to pre-record a welcome speech as he had a previous engagement so couldn´t broadcast live - not that anyone would have realised anyway.

ITV´s "This Morning" crew on Levante beach in Benidorm 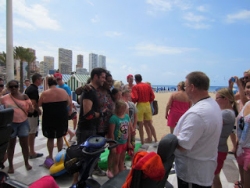 Alison Hammond, Matt Johnson and Johnny Robinson were down on the Levante beach this morning pre-recording some footage for tomorrows live broadcast. They were filmed doing what Benidorm is now most well known for ... mobility scooter racing on the promenade! The crowds gathered early on and were asked to participate by waving flags and cheering their favourite celeb on.

Things to do on a Sunday in Benidorm

If you are here on holiday, or are lucky enough to live here you may be now be fed up of lying around the pool or going to the beach each day and are wondering what else you can do on a Sunday. Here are some suggestions of places you could try ... and they are all FREE! Benidorm Market - this is on every Sunday (and Wednesday) and probably the biggest of all the markets on the Costa Blanca.

Mal Pas beach and the padlock phenomenon in Benidorm 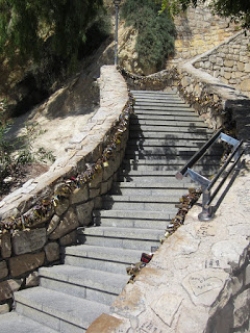 Many people that visit Benidorm often comment on the tradition of leaving padlocks at specific places. Two such locations in Benidorm are the stairs leading from Mal Pas beach up to the Mirador and actually at the top of the viewpoint - both in the Old Town. Mal Pas beach is a tiny sandy cove which is reached from the bottom of the Old Town - head to the "Parc dÉlx" or better known to the Brits as Dove Park. 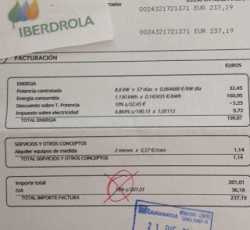 The Prime Minister, Mariano Rajoy yesterday announced in the House of Congress an increase in the rate of IVA to 21% and up 2 points on reduced IVA, making it 10%. The super reduced rate of 4% remains unchanged, which is the rate applied to necessities such as bread, milk, eggs. This along with other economic cuts is predicted to save 65 billion euros by the year 2015.

Charges for flying with hand luggage to Benidorm? 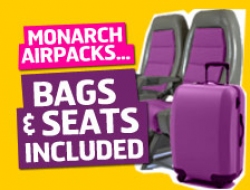 Yesterday it was reported in the Daily Mail that No frills airline Wizz Air is to start charging passengers to bring hand luggage on board... I can just bet that Mr O´Leary is hyper ventilating with excitement at this prospect!The Wizz Air trial is only being carried out on one route - Luton to Katowice in Poland, but if it is successful then it will be rolled out across the network. 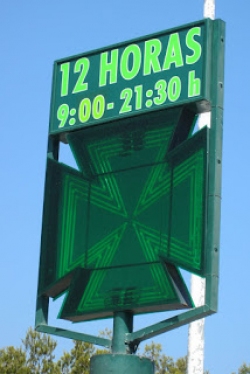 Yesterday representatives of the pharmaceutical sector expressed concern about the "critical situation" that they are in, following a meeting at the headquarters of the General Council of official Colleges of Pharmacists in Madrid.An indefinite strike was deferred yesterday by all Farmacia´s in the Valencian region after Central Government announced that they will step. 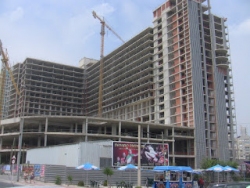 I previously mentioned that the Chinese are coming to town.... its impossible to miss. Every street has at least one "Chino Bazar" or restaurant on it, which are the types of businesses that they initially opened. They have a very strong work ethic and seem to be open all hours - it reminds me of the small corner  shops that are open all hours in the UK... or at least use to in the 70´s

Melia take over management of Villaitana in Benidorm

"Luxurious and Exclusive" is not a phrase normally associated with Benidorm and that isn´t meant in a derogatory sense by any means. I love the place and am normally there almost every day reporting or interviewing about something or someone. Benidorm is a favourite for many Brits who come back year after year for their anual holiday in the sun. The resort caters for every taste and pocket.

ITV´s "This Morning" coming to Benidorm 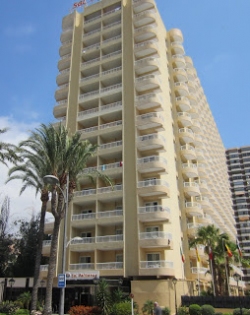 ITV´s flagship daytime show "This Morning" is being broadcast live on Monday 16th July from the Sol Pelicanos hotel poolside. Benidorm has certainly become very popular and it is not an unusual site to spot a British television company filming in the town. I personally know of 5 other shows currently being filmed in the area - we are flavour of the month!

Benidorm to Denia Limon Express train may be resurrected 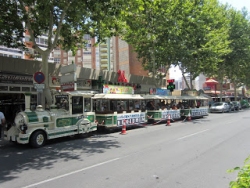 For those of you that can remember the "good old days", you may recall seeing or even going on the Limon Express tourist train.It started in 1971 but was "retired" in 2005, much to the dismay of both locals and tourists. Now there is talk about resurrecting the service - which was very popular and did much for tourism. 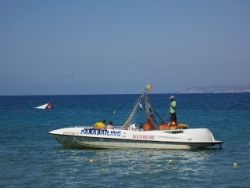 Last week I wrote about the new attractions on Levante beach.... and made a comment about the rather steep prices being charged. Well I have now discovered why it is so expensive - in a nutshell, Benidorm Town Hall is charging the contractors 125,000 euros rent for the Summer season. They are attempting to generate income to help clear the huge debt that has accumulated...