Sound of the 60´s comes to Benidorm Palace 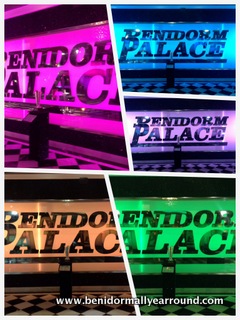 Benidorm Palace will once again be hosting a one off double spectacular this Sunday, 25th October with two very well known sounds from the 60´ - "The Fortunes" and "Walk like a Man", which is a clue as it is also the name of one of the groups top hits.

Over the years the Palace has presented a number of fabulous original 60´s bands such as The Tremeloes, Swinging Blue Jeans, The Searchers and The Merseybeats - which have always proved highly popular, especially with the British ex-pats living here. 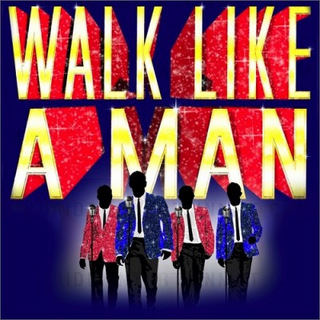 “Walk like a Man” – a tribute to Frankie Valli and The Four Seasons features music from the West End hit musical “The Jersey Boys”. The shows creator and producer, Mark Halliday was one of the original Jersey Boys from the West End show and quickly saw how phenomenal it was – currently in its 7th year in London. Realizing that many wouldn´t be able to get to the capital themselves he decided to bring the show to them – and so “Walk like a Man” was born.

The group have toured not only the UK and Europe over the last two years, but worked on all the big cruise liners and in major hotel chains, as well as entertained at corporate events worldwide. The Four Seasons rose to prominence in the 60s with some of the greatest rock ‘n’ roll hits of that decade, selling over 100 million records worldwide and crossing all demographics. 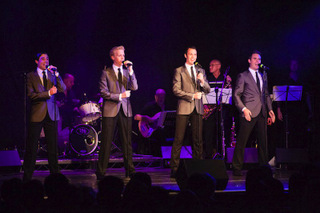 Everyone can recall classics such as “Sherry,” “Big Girls Don’t Cry,” & “Walk Like a Man”, which dominated the airwaves of the time. Thomas, who plays Frankie Valli in the touring group trained in musical theatre at the Guildford School of Acting and was recently performing in “Alice´s Adventures Underground” in the vaults underneath Waterloo Station. The one hour show at Benidorm Palace will feature approximately 14 songs, all choreographed and also have some dialogue in between, with the four members of the group suited and booted to perfection.

The Palace never usually entertains so called tribute acts, but owner Christine Climent was so taken away by the first class production she did not hesitate to have them alongside the headline act of the night – “The Fortunes”. 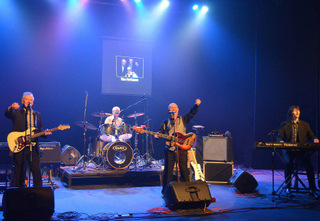 The Fortunes had hits with songs such as “You´ve Got Your Troubles” and “Here it Comes Again” in the mid 60´s followed by “Freedom Come, Freedom Go” in the early 70´s. Many will recognize one particular song – “It´s the Real Thing” as the accompanying song for the Coca Cola advert, which was theirs. 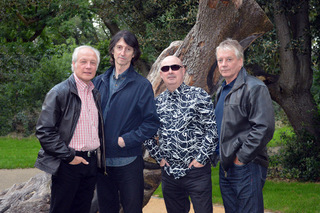 Mike Smitham is the longest serving member of the group, having been asked to join by two of the original founding members – Rod Allen and Barry Pritchard after coming to watch him perform in his group of the time “Smackee”. Mike is the youngest of five brothers, who grew up in Cumbria. He picked up his first musical instrument, a banjo, aged four and basically taught himself. He plays guitar and sings vocals in the group, which is still touring successfully in Canada, on board Caribbean cruises and across Europe, being particularly popular in the Benelux countries. They have even appeared with fellow British 60´s pop group The Searchers in Las Vegas.

The group flies in on the morning of the show and is looking forward to experiencing some Benidorm hospitality, staying on for a few days afterwards. The night looks to be a hit and the stage will once again rock to the sound of the 60´s.
Tickets are still available from the box office and cost €25 – with optional chicken or fish & chips available for only €8. Doors open at 7:00pm and the show starts at 8:30pm.