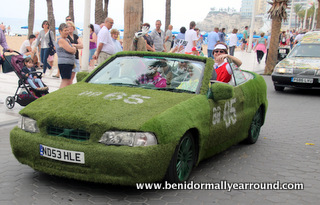 The now traditional annual ’Benidorm Bangers’ charity car rally - now in it's eighth year arrived into the resort on Saturday afternoon, following an epic 1,500km drive. All but one of the 56 vehicles made it here to a rousing cheer and applause from disbelieving holidaymakers... and excited children when they saw the cartoon ones. 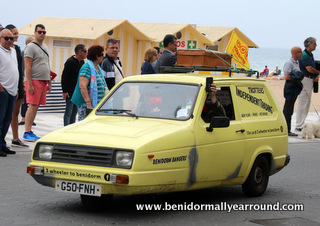 The convoy had a police escort off the AP7 motorway and into the centre, thanks to Jaime from the White Lion, taking them down the Levante beachfront and parking up on Calle Bilbao. Everyone could then have a look at all the vehicles and take pictures - with some even getting in before all the participants went for some well-earned refreshments and food put on by the bar. 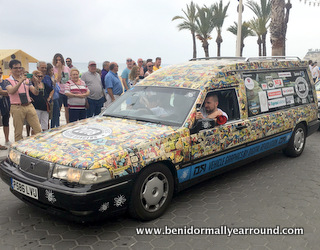 The teams had daily challenges to complete on-route, collecting points along the way, which were added up. They were each raising money for their own local chosen charity but additionally they were also supporting a Benidorm one too – Busy Bees Benidorm, as they have done for the last three years. 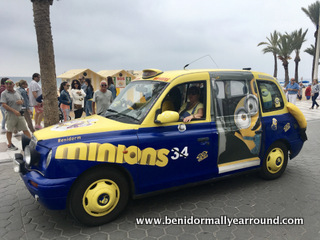 Each team member donated a box full of items for the children whom the charity supports and Wayne and Des Bellamny-Wright were overwhelmed and extremely appreciative of the generosity shown. They also had a collection of spare change which amounted to a further €180 – so the grand total which Busy Bees Benidorm now has to date is an incredible €149,416.73. 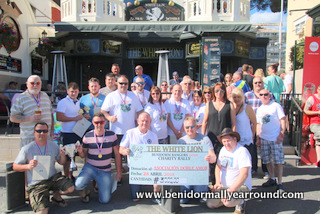 Rob Scott, who organized and participated in this mammoth event, was raising money for his chosen cause - The Yorkshire Air Ambulance, as he does each year. Of the entrance fee to enter the car rally, £25 of each one was donated to Doble Amor - which amounted to €1,400, with a top up of €1,600 from the White Lion, making the grand total €3,000! 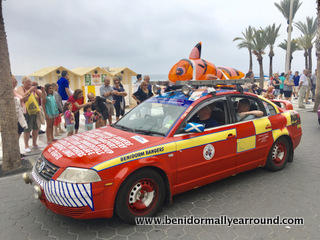 On Sunday afternoon they had a presentation ceremony at The White Lion, with trophies awarded to the winners of different categories. The winner of the best car went to the yellow three-wheeler Trotters Independent Trading, Best fancy dress to The Minions and for completing all the daily challenges, the water spraying Tank. 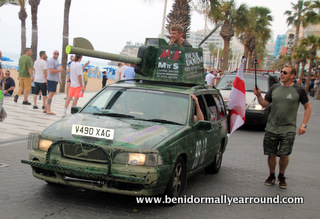 Many are staying on in Benidorm to enjoy a few days of relaxation before heading back to the rain!
Well done to all the teams and thank you for also supporting two very worthy causes here, in addition to your own…. See you all next year! 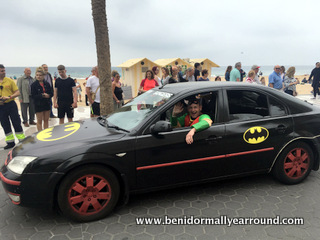 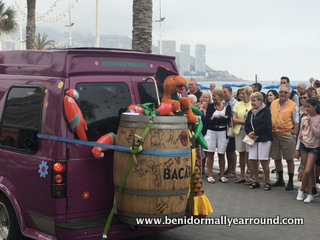 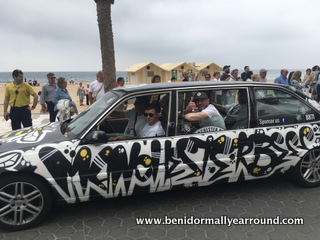 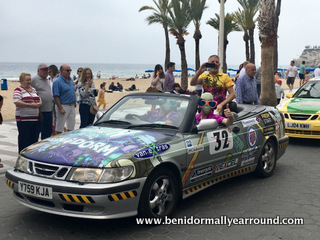 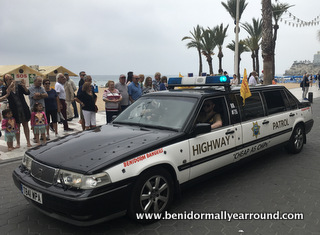 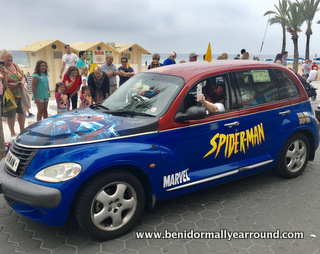 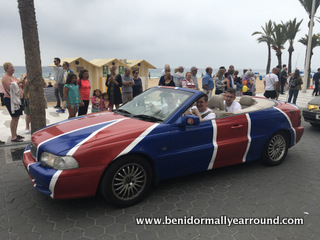