Everything is ready for tonight, Saturday 11th August... the Castell de l´Olla - one of the most famous firework displays in the province. It is an anual event which takes place to mark the end of the San Lorenzo fiesta and people come not only from neighboring towns, but from across the whole of Spain to watch this incredible event. Nearby restaurants have been booked up for months... especially those that have a view of the sea.

The main difference from other firework displays is that this one is let off from six floating pontoons on the sea - covering about 400 square metres and nearly two tons of gunpowder! The pontoons are located near to Villa Gadea and the organizers have spent this last week placing offshore submarine cables which are used to set the fireworks off. A team of 40 have been working from 6am until nightfall to ensure that everything runs smoothly.

The display which is fired off at 12 midnight, lasting for about half an hour can be seen from miles around as they light up the sky with a mass of colour - and for those close enough, they are accompanied by classical music.

Security is extremely tight and well organised. Barriers are already set up along the N332 in anticipation of the expected influx of people - last year it is estimated 50,000 attended (I was one of those). Parking is virtually impossible anywhere nearby... best to either get the tram (which will be running an extended service) or if you are driving then park at the other end of Altea. Don´t worry if you don´t know exactly where it is ... you will be carried along with the mass of people.

Many actually go in the afternoon with a picnic and then have their spot for the main event at midnight. The police, guardia civil and protection civil will all be out in force and a temporary first aid post/field hospital will be set up near to the police station at Villa Gadea .... just behind the Villa Gadea hotel. In total about 500 people will be helping behind the scenes to ensure everything goes safely to plan.

If you plan on going have fun ... its certainly worth going to at least once. But watch your valuables... with so many people bumping into each other Im sure its a pickpockets paradise ! 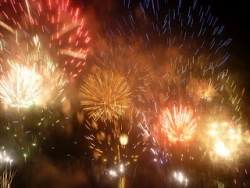 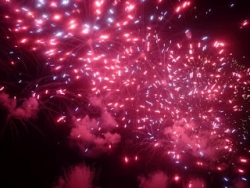 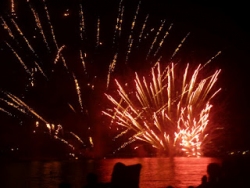 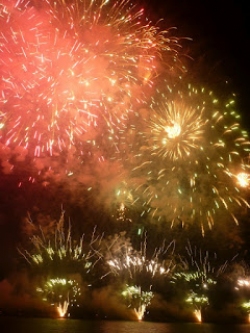