Deadlock over All-Inclusives in Benidorm 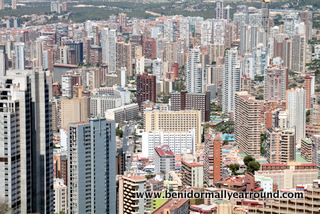 Love them or loath them, All Inclusive holidays are seen as a god send to some. The Council met to discuss the impact and consequences of this sector yesterday, initiated by the PSOE opposition party during the summer, but to no avail. A joint report submitted by a number of organisations including the Association of Travel Agencies in Benidorm, the Benidorm Tourism Foundation and Bar & Restaurant Association concluded that All Inclusive holidays most probably did have an impact on the hospitality and small business sector in the resort. However HOSBEC, the Hoteliers Association expressed skepticism on the report, saying that there was no tangible evidence, only opinions of those involved in the report. A spokesperson from Compromis-Green, who only hold two seats in the Council were of the opinion that All Inclusives attract a “lower quality and class which would be detrimental to the local economy”! 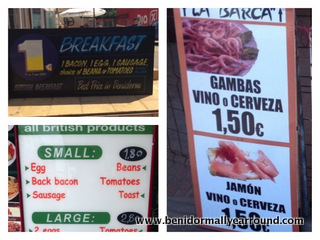 However, the meeting concluded with a statement by Jose Ramon Gonzalez de Zarate on behalf of the council stating that they had no power to restrict hotels offering this type of accommodation – and so they will continue. The only thing that will change this phenomenon is if there is a decline in demand by holidaymakers and tour operators make the decision – but whilst there is money to be made for them then not, it´s a case of supply and demand. But with the bargains to be had in virtually all the bar and restaurants it´s a wonder why the All Inclusive sector is so strong here. 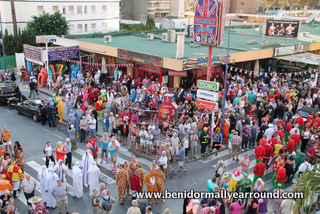 Having said that, hotels have reported 90% occupancy during this forthcoming fiesta week – a 7% increase on last year. The British Fancy Dress Day next Thursday is a privately organized event but attracts many thousands, boosting the economy so a very important event. The Council have issued guidelines on noise, stating that any music must be contained inside and none should be played between 5:30am and 10:00am to allow locals to “rest”.

+2 #2 Kevin Murthy 2015-11-06 09:46
Why go all inclusive in beni. Pointless. Ive got two girls 7/6 and i wouldnt. Id like to have a walk around not spend all my time in one place eating and drinking
Quote | Report to administrator
+1 #1 Chris Weegram 2015-11-06 09:09
I prefer self catering...Just saying...Cheap as chips to eat anywhere in Benni and standards are good, love the Yorkshire Pride, and a cake and a coffee in the indoor market .. Also love the old town for the tapas.
Quote | Report to administrator
Refresh comments list