Benidorm does 5 Star luxury too 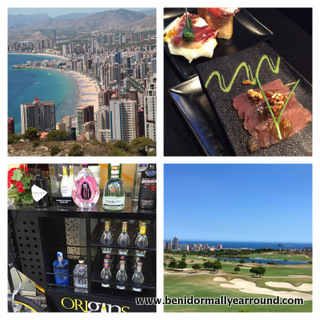 The ITV hit comedy series "Benidorm" and Channel 5’s “Bargain Loving Brits in the Sun” give the impression that Benidorm is suited solely to those looking for a budget break. But the resort is not just full of All Inclusive hotels serving copious quantities of cheap booze and eat as much as you can buffets as portrayed on the television at the moment – there are many upmarket hotels, swanky restaurants and culture available here too! 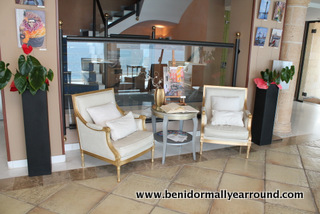 Perceptions of Benidorm are changing, and much of the impulse behind this appears to be coming from the businesses themselves. While the resort still caters principally for families (and the elderly, particularly in the low season), it is keen to attract sophisticated and independent travellers too. 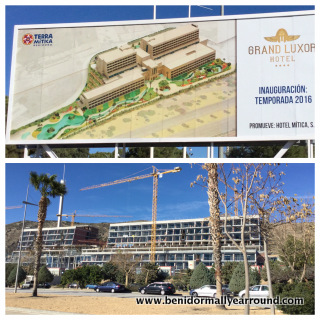 Hotel-wise Benidorm is certainly raising its profile and has a selection of top five star hotels. Firstly, the Barcelo Asia Gardens – guests have included Joan Collins, who stayed during filming of the comedy series and the England Football team, during their friendly against Spain last November.

Another brand new 5 star hotel is currently being constructed nearby – the Grand Luxor Hotel in front of the Terra Mitica theme park, which is scheduled to open in time for the 2016 summer season. 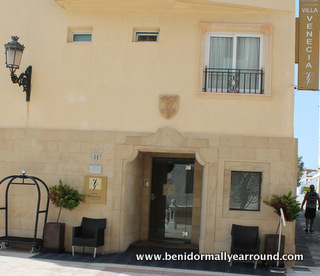 And lastly, The Villa Venecia Boutique Hotel located up at the Mirador in the Old Town – part of the Magic Costa Blanca group, which viewers of “Bargain Loving Brits in the Sun” have an opportunity of winning a break at with a fabulous competition that they are running alongside the programme. 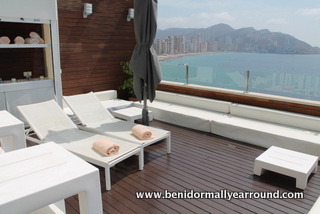 I stepped inside the Villa Venecia to see for myself what awaits one lucky winner and am very tempted to enter myself. The hotel, which was originally a medieval tower, opened in 2009 and underwent renovations in 2011. There are only 25 rooms – which are spread across four floors, with the fifth floor at the top housing the gym & spa with a view, pool and roof terrace, giving spectacular panoramic views of the Benidorm coastline. 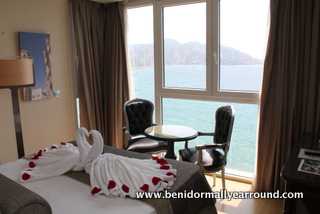 Four of the rooms have balconies and there are five suites in addition to a specially adapted one for disabled guests. Each luxurious room has been designed with style and character and offer tea making facilities, Wi-Fi, a safe – the suites also have PlayStations and there is also a beach towel service available for everyone. 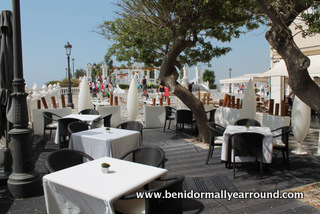 What better way to wake up then to see and hear the lapping of the waves and watch the sunrise from your bed. There is a gourmet restaurant downstairs as well as a more casual dining area on the ground floor, where you can also chose to dine on the outside terrace.

So yes, there is another side to Benidorm that more often than not, many are not aware of. But everyone, regardless of where they stay can enjoy the resorts two main attractions - long stretches of white sandy beaches and a microclimate that guarantees almost year round sunshine. It’s funny to think that it wasn’t until the 1950’s that Benidorm allowed bikinis to be worn on the beaches – the first seaside town in Spain, especially if you take a look around now. It was thanks to the then Mayor, Pedro Zaragoza who jumped on his Vespa and rode 300 km to Madrid to ask Franco’s permission for female tourists to wear them that turned the sleepy fishing village into the legend which it has become.

+1 #1 Harry 2016-01-14 11:26
I have to agree, I am a regular visitor to Benidorm and although I do enjoy some of the very lively nightlife there are many places you can go to more experience a somewhat more real Spain.
Quote
Refresh comments list