Revival of the Selomar Hotel 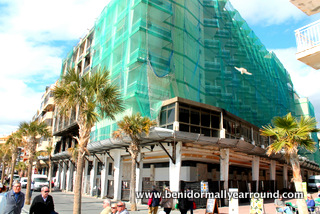 Rising like a phoenix from the ashes, the Selomar Hotel, located in prime position along the Levante promenade may soon have a new lease of life. The hotel, an eye sore on an otherwise pristine front has been closed and deserted since 2007. Originally built in 1973, the hotel offered 245 rooms across 8 floors and underwent a refurbishment in 1992. 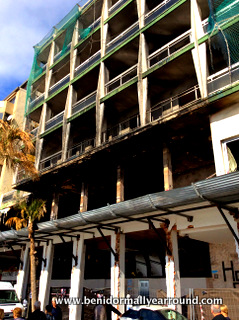 But a fire ripped through the building last October - thought to have been started by squatters who were living in the abandoned building. Scafolding and protective netting covered the facade until it was deemed safe and subsequently removed.

Up until now ‘Costas’ - who are the authority responsible for Spanish Coastal Law have been a huge stumbling block on development of the site. They govern – and very strictly, any building and construction along the coastline and many have fallen foul of them up and down the coast. 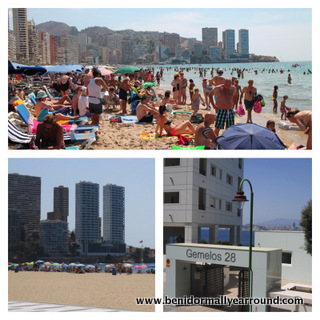 At present the Gemelos 28 twin towers at the opposite side of the Levante front are in the middle of court action with the authority, who claim that the structure is too close to the shore and must be demolished – despite the fact that some apartments are already occupied! The initial building permit was granted in 1988, subject to further investigation but it now transpires that this did not give the constructor permission to go ahead and start building. The twin towers are 21 storey high and house 168 luxury apartments. 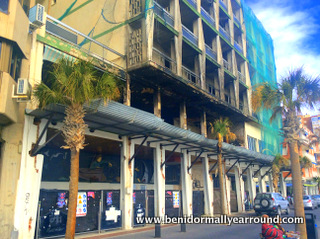 Costas have declared that the front of the Selomar – notably the balconies protrude too far out and in breech of the Costal Law which has, until now hindered any development of the site. The hotel belongs to the Almodobar family but an investment group, thought to be French has made an offer on the provision that they obtain planning permission and approval by the relevant authorities.

Plans submitted for the multi million euro project includes demolishing the balconies at the front to adhere to the coastal law and remodeling the pavement to the front and side. A well know hotel chain would take on the new Selomar hotel and if the green light is given then the proposal is to be complete and open for business in 2017. 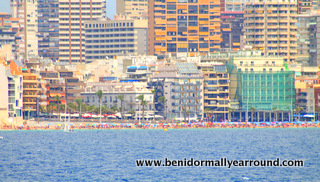 Sitting on the edge of the Old Town yet just 20 metres from the golden sand it is bound to be a popular choice for many – fingers crossed it all goes to plan and the blot on the landscape is no more.

I would love to see The Selomar restored. My late husband and I had some memorable holidays in this hotel. I would definitely book to stay there, I was so sad to see the state of it in October last year.
Quote
Refresh comments list