Full steam ahead at Showboat 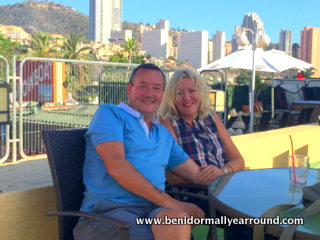 Showboat has new owners – Diane Riley and soon to be husband Gary. The premises which was to become  Showboat was originally bought by one of Benidorm’s favourite entertainers – Wayne aka Miss Levi and opened in March 2012, quickly establishing itself as an entertainment hotspot. Together with husband Des the couple built up a thriving restaurant and cabaret entertainment venue, but after 3 years of very hard graft decided it was time to sell up and wind down. 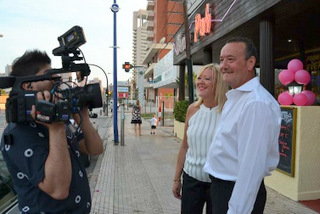 The subsequent sale and handover to Karen and Mick Coburn was well documented on Channel 5’s “Bargain Loving Brits in the Sun”, which was broadcast at the beginning of this year. Now the filmcrew are back to record a second series – and yes, they have been following Diane and Gary on their new venture. 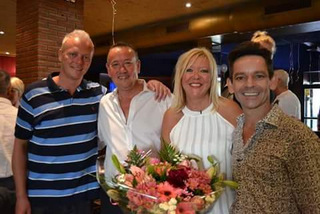 Diane is certainly no novice to Benidorm – she has lived here for the past 14 years, so experienced and therefore fully in tune with what works here. She is very good friends with Wayne – who attended the opening party last month to wish her luck and the C5 film crew were also present… must have been a little bit of déjà vu for them!

By day Diane works at Pennick Blackwell in Albir where she is the reservations and marketing manager, a job she thoroughly enjoys… and will continue to do so. She met her soon-to-be husband Gary in the Western Saloon where they were both partying with respective friends – they are going to Gibraltar next week to tie the knot and will be having a blessing locally in September for all their family and friends. Gary commuted back and forth between Kent and Benidorm during their courtship and has now moved over permanently to embark on his new life in the sun with Diane. 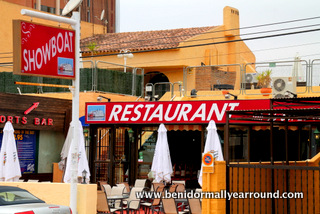 At the moment they plan to continue using the same successful format in the restaurant and show bar. But upstairs Diane already has plans on developing the Top Deck bar area. She wants to create an idyllic rooftop lounge area – with comfy and stylish seating and sun loungers nestled among pot plants, then as the sun goes down, gently lit with fairy lights and candles – a perfect escape from the hustle, bustle and noise of the Rincon. 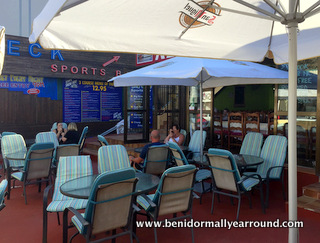 But the private facilities are already in use upstairs and only last night they hosted a surprise 80th birthday party for actress Elsie Kelly, better known to many as mum Noreen to screen son Johnny Vegas in the hit ITV comedy series Benidorm to which many of the cast attended.

Once back from their nuptials they will forge ahead with Christmas and New Year menus and plans – seems very strange to be thinking about it when we are sat in the high 20’s, people are walking about virtually naked and the sun is blazing. But business is business and one can never rest on one’s laurels which they are both aware of – they plan on bringing the Showboat back to all its glory and we all wish them the very best.