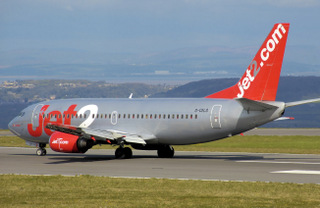 In a bid to try and tackle disruptive behavior caused by alcohol, Jet2 have announced that they are to stop selling alcohol before 8am across all their routes. The ban will come into force from Monday making them the first European airline to introduce such a measure – but will it realistically make any difference?

It is nothing new to read a flight being diverted midway due to a passenger becoming disruptive – with the plane being met authorities to escort them off. Personally I cannot believe people start drinking that early anyway, but obviously they must! 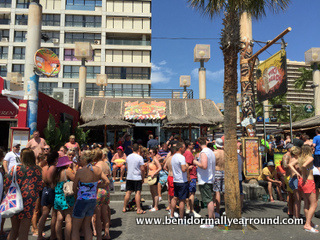 It was ‘New Labour’ which introduced 24 hour drinking back in 2003 in a bid to reduced binge drinking and bring it in line with European café culture. In the last two years there have been over 400 “alcohol related’ air-rage arrests and surprisingly – or maybe not, most are Brits. Perhaps in order to make it more effective they should have followed the old UK licensing hours and made it 11am – but if airports are still permitted to sell outside of these hours it will be of little use. 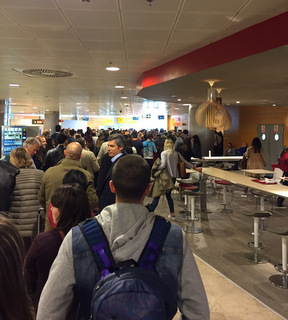 Aviation law forbids anyone to be drunk on an aircraft – can you imagine what would happen in an emergency. The new aviation minister Lord Ahmed is looking at the licensing laws at airports in a bid to reduce drink fuelled air-rage – but for many, having a drink before they fly is part of the experience. It is all down to moderation, but drinking while eating breakfast at 7am to me is a step too far. However, alcohol sales both at the airport and onboard are lucrative, but currently there are no licensing hours at UK airports so perhaps this should be the first thing the minister should address. Surely anyone who appears even remotely drunk and disorderly should be denied boarding anyway – and it is down to the cabin crew to refuse alcohol to anyone they deem as having had too much and causing problems to other passengers. 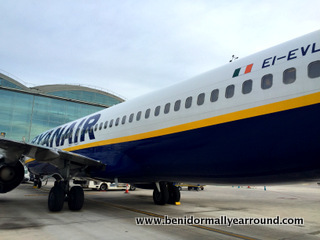 Only this morning police had to be called to a RyanAir Ibiza bound flight from Manchester after two male passengers started fighting – it was due to depart at 6:50am but not known if alcohol was involved… if so it would have been consumed at the airport as the flight hadn’t yet taken off.

Will other airlines follow suit I wonder – will all the stags be avoiding Jet2 now? Benidorm is known for its cheap booze and the reason many come here, to party away at affordable prices. A lot of bars are reliant on their business - it is only a small minority who go overboard and get rowdy.

0 #4 Kathleen Bradshaw 2016-08-09 09:42
Won't make ANY DIFFERENCE ..The drinking starts way before boarding. .only way to tackle this ,is to introduce a policy, of 'random' compulsory breatherliser test in the boarding que..The threat of not allowing you to board your flight ,will be a big deterrent! !
Quote
0 #3 Gillette 2016-08-05 08:27
Good grief, who are these pollyannas who are going so far over the top, restricting alcohol around an airport. The vast majority of folk are well behaved. As for alcohol tokens, well I see a money making business there. I'll buy my 3, and as I personally rarely drink before flights, sell them on at a profit
Quote
0 #2 Gracie McKean 2016-08-05 07:43
I agree with it i would band it al together for tht matter i always travel out with jet2 i am gld as i dnt drink on the plane any way i wait till i get to ma hotel then i can do what i like but and also when ppl check in why does the staff not see this before they board on the plane on the first place
Quote
0 #1 Peter 2016-08-04 23:16
I enjoy a good wine or real ale when at a pub or having a meal with friends and family but I have never felt the need to drink alcohol either at the airport whilst waiting for a flight or when on the plane.
Surely it is not much to ask that people give the drink a rest until they get to their destinations. It would surely help prevent these drink related incidents. It might not be possible to stop alcoholic drinks from being sold or served at airports but limiting the hours from 11.30a.m to 10.30 pm might help a little. One way that could cut down on drunken behaviour would be to ban the consumption of alcohol in all public areas in and around the airport. Boarding ticket authorised drinks tokens for a maximum of three drinks could be bought and then redeemed only at the airport bars, and no alcohol on the planes, this might be a way forward. The alternative is to have a complete ban on the sale and consumption of alcohol in the airports and on the planes.
Quote
Refresh comments list