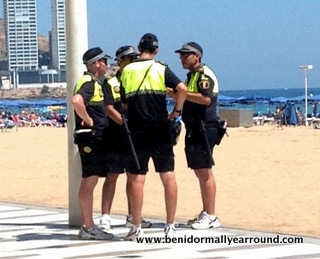 A slight ‘glitch’ in the recruitment process for the annual temporary beach police in Benidorm has come to light, but Lorenzo Martinez, Councilor for Security has made assurances that they will be in place in time for Easter – wonder if he knows it’s next week! All candidates, of which there are around 150, have to sit strict exams but it transpires that one of the multiple choice tests had the correct answer marked after the ink from the carbon copy template transferred onto the paper. 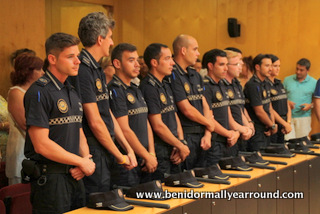 Those sitting the exam complained to their union who then took up the case and all 73 who took it on Tuesday will have to re-sit the exam again tomorrow. Then finally on Monday the face to face interviews will take place after which will follow a lengthy swearing in ceremony at the Town Hall before the ten selected officers can report for duty along the promenade. 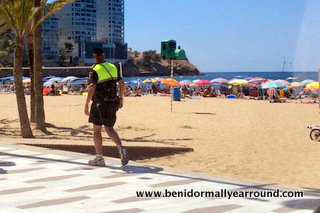 Considering that those applying are all serving police officers, which are regularly tested and reviewed – both physically and psychologically, it seems somewhat bizarre and long winded to go through this lengthy and costly process every year! 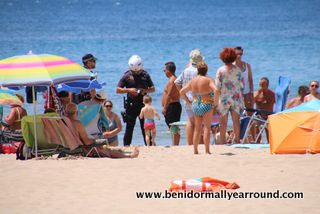 The requirements should be to converse in at least basic English and be able to run after the peamen and illegal beach sellers! On occasions the normal police patrolling on motorbikes apprehend the beach sellers - but have to jump off their bikes and run down onto the sand, leaving their machines unattended. Most holidaymakers just want a police presence to give them a sense of security – it is actually rather unusual to see police here walking, sadly they normally just drive around everywhere. 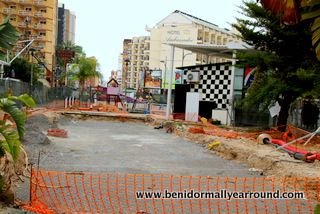 The promised SATE office in the Rincon is still nowhere near completion either. This is where you need to go to report any crime and at the moment you have to go all the way up t the Old Town. Everyone got very excited last year when the digger and workmen arrived back in October – but they just dug a huge hole, poured concrete and it’s been left since the beginning of this year. It is a standing joke in Spain when someone says it will be ready for Monday or the summer, the never actually state which one… this year, next year, who knows!