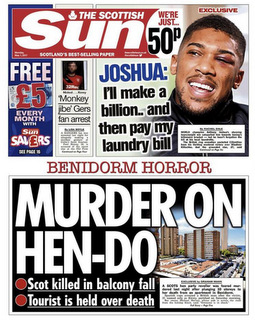 The last few days have not been very positive for the resort press-wise – with the usual red top tabloids splashing totally false sensational headlines, obviously to sell more copies! Today’s issue of The Scottish Sun, with “Murder on Hen-Do” has to take the gold medal… but as the saying goes, never let the truth get in the way of a good story!
The Spanish press reports that in all probability it was a tragic accident – she walked into the wrong room that was occupied by a group of lads and in a panic and being somewhat disorientated, jumped over the balcony, perhaps thinking she would land in the pool. 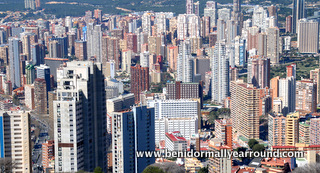 Her body was discovered inches from the water. One of the men were arrested and detained overnight – but the reason being as he was too drunk to give a statement. The police have said that the body showed no evidence of a struggle and did not have any marks… you would think that it was a different story if readying The Scottish Sun! It is truly tragic loss of a young woman’s life. 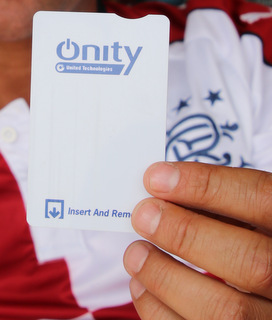 Last week there was also an appeal after a man went missing for 48 hours and a search entailed… he got lost having had too much to drink – a regular occurrence here. He took his room card but it had no identifying logo so although he stopped people and even the police, no one could help. For those coming here to party – and there will be plenty please please first take a card from the hotel. If the worse case scenario happens at least someone will know where you are staying. Many police hours are wasted looking for missing holidaymakers every year – when basically they just get so drunk they cannot remember. Don’t add to those statistics… but have a good time – we don’t want to stop that!