This year marks a significant year for Benidorm’s most iconic entertainment venue – Benidorm Palace. 2017 sees the venue celebrating its 40th Anniversary and in recognition the show is called “RUBI – Party at the Palace” – the Spanish for Ruby, which is the traditional stone to celebrate 40 years of marriage. The new show will premier on May 18 with a special VIP night taking place on July 12 and will also see Joanne Climent – daughter of Christine and Vicente taking on a greater role at the palace. 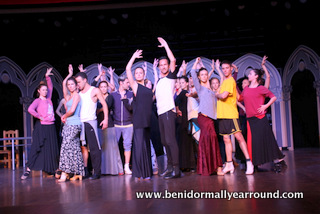 Every year David Moore – Artistic Director somehow manages to achieve the most jaw-dropping mind blowing show, which you wonder how on earth he will top the following year… and it was quite a challenge being such a significant year this time. 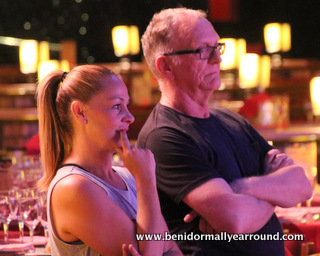 But rest assured, the troupe of 27 dancers will once again take your breathe away and will feature Javi, an invited flamenco soloist from Malaga to bring some real drama to the evening. Paloma, the Spanish choreographer watched on with David as the dancers went through rehearsals to ensure perfection, picking up on the slightest inaccuracy or wrong foot position. 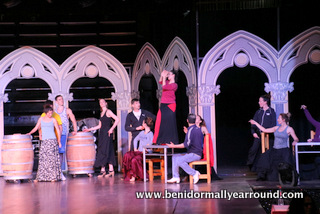 They go through hours and hours of practice every day, learning new routines, then in the evening are back on the stage with the current show. There are numerous costume changes, which are all timed to the second to ensure the smooth running of each segment. 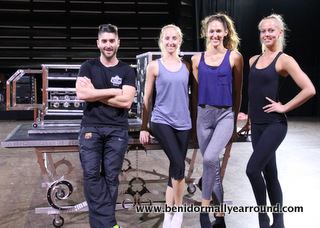 There will be some stunning new magic from David Climent, the strong men will be back but totally transformed - and not gold plus numerous other new acts.
‘RUBI” will embrace all the enriching aspects of Spanish culture and the grand finale will feature Miss Rubi, wearing a 3.5 mt tall, 4 metre wide costume…. made out of feathers!

This show is certainly one that should be on your list, whether you are a visitor or resident here.