Not all filming welcome in Benidorm 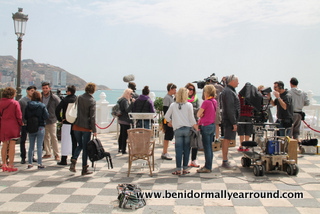 It is week 6 of filming for the popular ITV comedy series here in Benidorm – but not all filming is welcome here in the resort. Television companies need to obtain permission from the Council before they can go ahead and one – Magnolia TV, a Spanish film company have been refused! Over the years many UK television companies have pitched up here including Benidorm ER, ITV Good Morning, Daybreak as well as reality TV shows May the Best House win and Come Dine with Me. 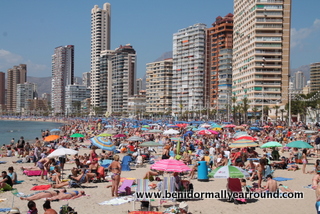 They made a reality TV series called “Gandia Shore”, a Spanish adaptation of the American show Jersey Shore which follows 8 housemates and broadcast on MTV Spain. They wanted to film a second series and follow the “carefree promiscuous group” to Benidorm – but both the Tourism Office and Council have stepped in and said no! They consider it would be “counterproductive” and does not reflect the correct image of the resort, which they have spent time and money trying to change. Well good on them I say – but they are happy to allow our film cameras here to continue with the Benidorm series. The Mayor was on location only a few weeks ago up at the Mirador, meeting cast and crew and delighted that they are back. 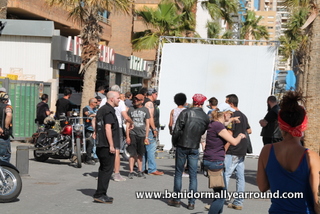 For the second day the crew have been down on the Levante beachfront, filming at the Heartbreak Bar with a bunch of mean looking, leather clad, Harley bikers. It´s not hard to spot the cameras and crew from a distance and crowds quickly gather to see which cast members are about. 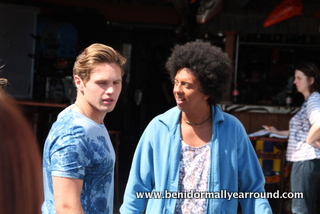 This time its Danny Walters, who plays Tiger and looks to be getting into a spot of bother with them, causing havoc by running out of the bar with a new mate, to be confronted and hurled back in! Oh dear…. Wonder what he´s been up to now. Check the clip on youtube and see what you make of it all. 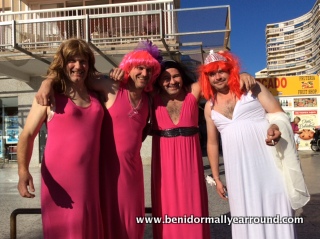 It´ll be edited down to a very small part of the episode but probably the type of antics that would have been heavily portrayed in the Spanish “Benidorm Shore” series had it been allowed to go ahead. We have our own Stag and Hens to contend with here already – who I must say are mostly well behaved but as is always the case, a few will always behave badly and spoil it for everyone.

A report in the Spanish press today states that visitor numbers are up and so is the amount that they spend, following research by the Institute of Tourism, which reports to the Minister of Industry. In the first 3 months of this year, Brits spent €1.88 billion, a 14.8% increase on last year – a reflection of the strong exchange rate and value offered here. Today´s rate is 1.37 here in Benidorm - making a pint of beer just over a UK pound…. And you wonder why so many come here!