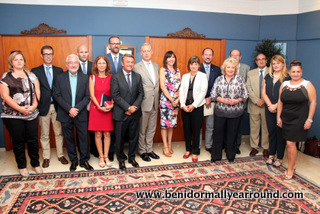 Her Majesty´s Ambassador to Spain, Simon Manley paid a visit to Alicante yesterday – and had a very busy schedule, attending not one but two meetings.
The first of the morning took place at the Valencian Government offices, where together with Sarah-Jane Morris, the British Consul for Alicante, they met with the Mayors/representatives, of the Top Ten towns in the Alicante province with the highest concentration of British residents. That list is made up of Alfaz del Pi, Benidorm, Calpe, Javea, Murcia, Orihuela, Pilar de la Horadada, Rojales, San Fulgencio, Teulada and Torrevieja – (there are actually eleven). 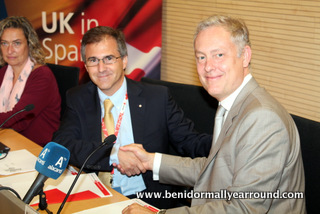 Afterwards the Ambassador and Consulate team headed to the Cruz Roja headquarters, where Simon Manley and Javier Gimeno – Vice President of the Spanish Red Cross signed a nationwide cooperation agreement to promote collaboration and integration of the voluntary sectors. In his speech the Ambassador said “volunteering is part of the British culture. I am extremely proud of the work we do as a consulate and of the British voluntary sector, which helps British nationals – our job would not be possible without you…This agreement brings lots of opportunities”. 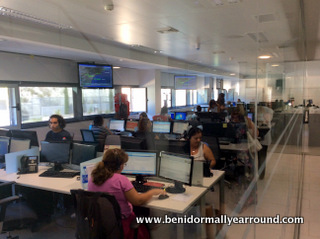 There were many representatives from the British voluntary sector present such as Age Concern, RBL, Samaritans, Royal Airforce Association, Help at Home, MABS, Help International groups from the region, including Bill Steel of the Benidorm branch. After the signing they were taken on a tour of the headquarters, which in total is staffed by around 200 volunteers, including a 24 hour call centre. 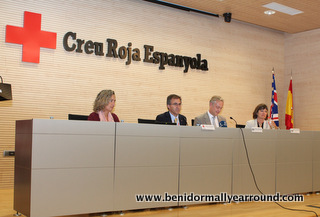 Alicante is the third largest Cruz Roja in Spain, the first being Madrid followed by Barcelona. The Alicante branch encompasses 649 local groups, made up of 8000 volunteers and 45,000 members - last year 2.5 million people benefitted from their assistance.

This collaboration is the first in Spain and Sarah-Jane Morris then hopes to roll it out across other regions – both Malaga and Tenerife have already expressed an interest. Part of the aim will be to produce information in English, so enabling British expats to have easier access to the wide range of services available to help improve their quality of life. It is hoped that this will inspire members of the British community to volunteer for the Red Cross and to encourage those that require assistance to take advantage of the services available. The Ambassador and Consul are both enthusiastic supporters and advocates of the voluntary sector and encourage everyone, where possible to join in.