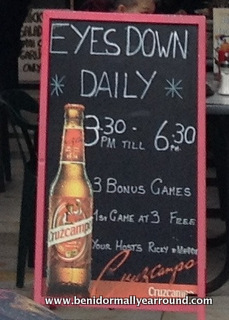 Despite a police raid in October on a number of British Bars that ran illegal gambling dens, Autonomous Police from Valencia dismantled a further two last Thursday following an inspection. It has obviously not deterred the owners who continue to take bets despite the risks. The Brits love of gambling fuels this demand and the bars involved are in popular streets around the Rincon area – one on Avd Juan Fuster Zaragoza which runs behind the Indoor Market where the Centro de Salud is located and the other on Avd Zamora, the same street as the cinema.

Five employees were detained in the raid – three of which were employed illegally with no contract and will probably face investigation by the tax authorities too. Computers, laptops, electronic betting equipment and betting slips were taken away in addition to a sizeable amount of cash - €10,000 plus 5,000 GBP sterling. 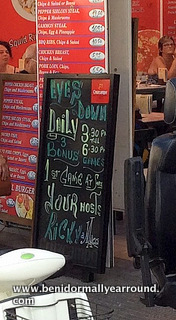 Gambling outside of authorized establishments is illegal in Spain – and it is strictly regulated. Benidorm is littered with British Bars who hold daily bingo sessions, often advertised as ´Eyes Down´ or ´Housey Housey´ which is also technically illegal. It has been known that police have arrested not only the organisers but also those playing during swoops in the past. However, the numbers of customers and extra business the game attracts is obviously worth the risk for many owners.

The only legal places to gamble in Benidorm are the Casino Mediterraneo, Luckys besides the Marina Hotel the two Spanish bingo halls near to the Plaza Triangular.