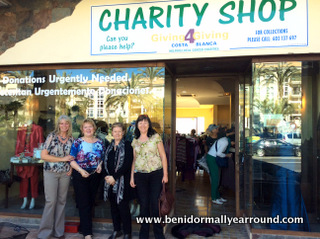 Christmas is a time for giving and no-one knows this more than one very exceptional local man – British expat Gary James. Gary is selfless when it comes to charity and has not one but two charity shops “Giving4Giving”. The first is in La Nucia and the other in Altea, which he opened in March of this year. The main beneficiaries are usually small lesser-known cancer charities and he holds a number of fundraising events throughout the year. Two of the most popular are a sponsored dog walk and the downhill bike ride. 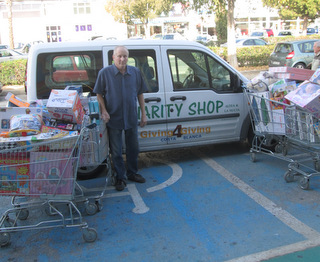 However, as we approach Christmas - traditionally a time about children, Gary wanted to help put a smile on the faces of those that do not have much to smile about.

Last weekend he purchased €1000 worth of toys from a local toyshop, which he then handed over to the Red Cross in Benidorm. 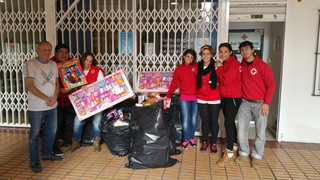 He has asked that they distribute them to children who will be in Villa Joyosa hospital over the Christmas period and also to those whose families are suffering hardship. In the last three years that Gary has been running the shops he has donated a staggering €40,000 to various charities – something that both he and the hard working volunteers are very proud of. 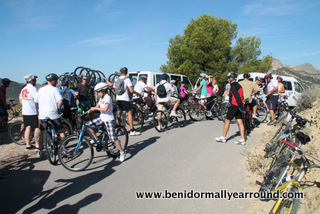 To continue the good work he is always looking for donations and volunteers at both of the shops. They will be open throughout the festive period, from 10am until 2pm – only closing on 25 and 26 December and New Years Day. If you would like to help please call Gary on 603 137 697… remember, volunteering is a great way to meet new people in the community. He is planning on a number of fundraising events next year – the first of which will be the dog walk, taking place sometime in March.

0 #1 Graham 2015-12-14 13:42
Excellent work as usual from my very good friend Gary. Desrves all the support people can offer. A harder working guy I do not know. Full credit to all those who donate and of course the volunteers that work in the shops. Well done!
Quote
Refresh comments list