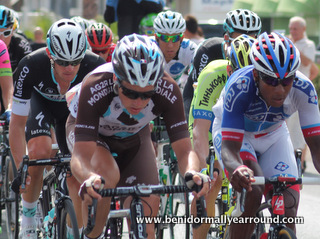 The 2016 “Vuelta” – the Spanish equivalent of the Tour de France cycle race will once again come to Benidorm. It has been announced that the penultimate stage, on Saturday 10 September, will depart from the town. It will be a challenging 184km route, ascending to 1,510 metres and take the competitors up to the Military Air Force base situated on the Sierra de Aitana.

The Mayor of Benidorm, Toni Perez, together with the Councillor for sport, Ana Pellicar attended the presentation of the Vuelta in Santiago de Compostela, situated in Galicia - in the northwest corner of Spain this morning. 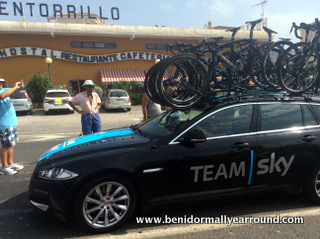 In total five stages will travel through the region, with local time trials taking place at Javea to Calpe and Benidorm to Alto de Aitana. The entourage that accompany the cyclists is huge - with numerous support cars racing ahead of the lead pack and also inbetween groups. Obviously they all require overnight accomodation which brings great economic benefits to surrounding areas. 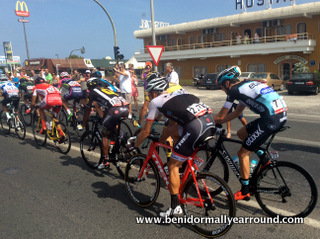 Last August stage 9 of the race, which covered 168.3 km, started in Torrevieja and finished at the Cumbre del Sol in Benitachell. It attracted hundreds of fans and spectators along the route – all hoping to catch a fleeting glimpse of Chris Froome of the Sky Team… it certainly was quick as they literally flew by along the N332.
It is certainly a privilege for Benidorm to once again be chosen as part of this prestigious sporting event – which will be broadcast live and viewed on television screens around the world. The finish-line will be in Madrid.