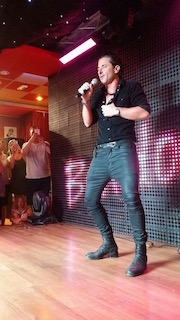 As soon as it was announced, there was a clamber for tickets, which following last years masive queues they decided to pre-sell at the Presidente Hotel... with a limited number on sale at the door. It was a night not to miss for fans of the series - and they turned out in droves. 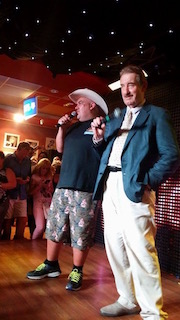 Derren took to the stage and opened with a swing number to much applause, thanking everyone for supporting the event - with the money raised going to Emaus and the Busy Bees Benidom charity.

This was started up by Wayne and Des Bellamy-Wright, Tad and Paige of Yorkshire Pride group of pubs to specifically support the Emaus home in Altea. 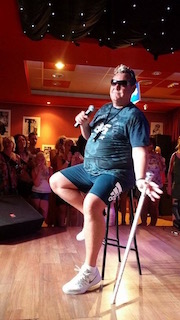 Tony Maudsley and Sherrie Hewson were the first of the cast to arrive followed by John Challis, Jake Canuso, Janine Dutvitski, Danny Walters, Nathan Bryon and others.

The total raised will be annouced as soon as all donations have been counted... we will update as soon as we know.