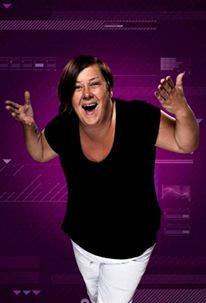 Not long now till the very first Benidorm Tattoo Convention takes place in the resort…. and one of the special guests that will be attending is Dee Kelly – remembered and better known to many as White Dee from Benefits Street. The Channel 4 documentary, which was aired in 2014 followed the residents of James Turner Street in Birmingham, where almost all of the residents were on benefits – hence the name. Dee - her real name is Deirdre, was the ‘agony aunt’ of the street, where everyone went to for help and advice… as well as being the spiritual mother of the street she is also mother to two children, Caitlin and Gerrard.

Following the documentary she appeared on Celebrity Big Brother later that same year and has since appeared on a number of television shows. 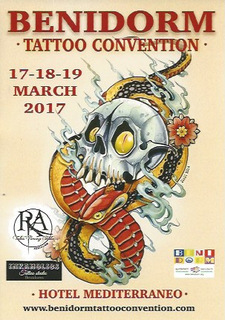 This will not be Dee’s first visit to Benidorm – she has been before and like many visitors to the resort, had a ‘Mum’ and ‘Dad’ tattoo done by Rob at RKA Tattoo Studio. She absolutely loves everything about Benidorm and so looking forward to returning – in fact, the Benidorm series is one of her favourite programs! Sadly her beloved father passed away recently and she has decided that she will be having a tattoo done in his memory at the convention and once again turning to Rob of RKA who did her previous inkings.

Over 50 tattoo artists will be attending the convention, coming from across Spain, the UK, France, Italy and even as far afield as Singapore! There will be plenty of entertainment going on throughout the day, including things for children, who are welcome. 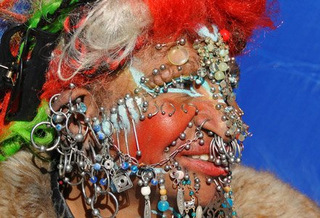 Elaine Davidson, the Guinness World Record Holder for having the most piercings - she has over 9000, will be another of the special guests. Her piercings weigh over 3kg and she NEVER takes them out, sleeping in them and going through airport security with them all intact!

The three day convention is taking place over the busy St Patrick's Day weekend, when the resort turns into a sea of green and on the Sunday, it is the crazy Spanish fiesta of San Jose, which sees the Burning of the Fallas at midnight. It will certainly be a very busy weekend here!

Tickets are available at RKA Tattoo Studio on Calle Cuenca, Inkaholics on Calle Gerona - one of the main sponsors of the event and online. We shall be speaking to Dee during her stay here in Benidorm and bringing you an exclusive interview….

0 #1 Noaks 2017-01-16 15:39
How much further DOWN HILL will Benidorm & district councillors/may ors let the UK’s Beer Swigging yob culture take the district? It was and could still be the family resort of the old days when the yobs stayed at home in the UK, then children & families could enjoy holidays without having to tolerate the drunken foul mouth YOBS. The Mayor/Mayors of Benidorm have a lot to answer for, they need take urgent action before it’s too late. Main action first would be to CLOSE some of the beach front bars, we all know which they are.
Quote | Report to administrator
Refresh comments list