Changing your Pounds to Euros 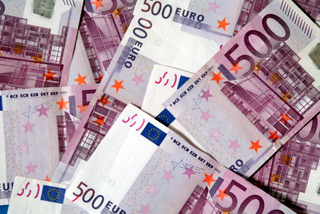 With the spiraling exchange rate, in main thanks to Brexit and the recent General Election results, it is important to try and eke out as much as possible for those hard earned pounds. Many often ponder whether to exchange before leaving or wait until here in the resort. But one thing is for certain – DO NOT under any circumstances do it at the airport – whether that be a UK one or here at Alicante 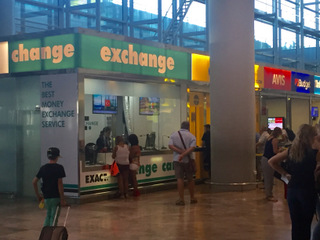 Recently one holidaymaker arrived from the UK and not having had any time to change some beforehand approached the exchange kiosk upon exiting arrivals – near to the car rental desks. The rate advertised was 1.11 – this was on Sunday May 28. The rate in Benidorm that weekend was 1.13, so not too much of a difference. 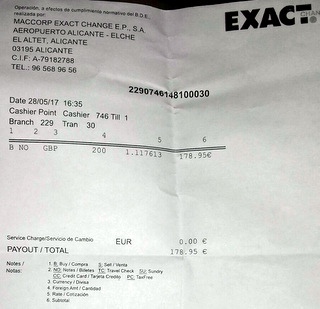 He decided to change £200 and thankfully not more. He collected his euro’s and receipt but as he was traveling with two small children did not pay too much attention to what he was being handed. Once on the bus he checked and was shocked that he had only been given €178.85, expecting €223.40 as the rate of 1.117 was clearly stated on the receipt. Upon arrival at his destination the company was called to highlight their error but told that it was in fact correct, the exchange rate displayed was what you had to pay in sterling for €1!

So the rate he was given was actually only 89 cent. On that transaction he would have got €226 in Benidorm – a massive €47 MORE. It is truly shocking and tantamount to theft. So be warned, before handing over your pounds ask how many euro’s you will receive for them. 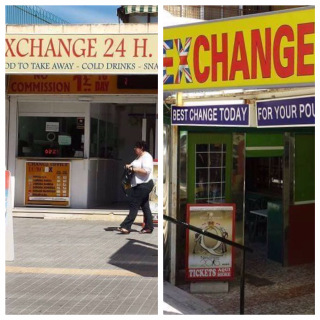 But these unscrupulous exchange bureau’s are also located here in the resort. The most notorious is probably between the Flash and Sol Pelicanos hotels where they advertise the same rates as elsewhere but come up very short of that rate. When you query it they point to the very small print, which stipulates the advertised rate is for ridiculously large sum. Technically they are not breaking the law and so there is very little that the police can do. 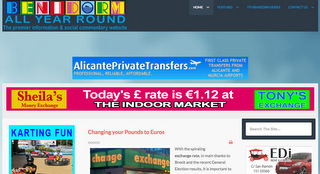 If you want to know the daily exchange rate offered in Benidorm, check out our website. We update the rate from Sheila's and Tony's at the Indoor Market every morning - both are small family run businesses which we like to support. Both have been here for many years and are happy to offer you advice and tips during your stay here. Remember that you need to take your passport the first time you go afterwich they give you a card to show. 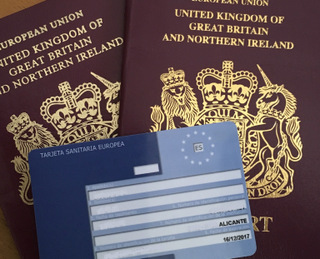 Aside from money and a valid passport the other very important thing you should have before setting out is travel insurance. So many tend to think that an EHIC card will be adequate, but this is only for emergency treatment and will not repatriate you back to the UK. Nobody goes on holiday expecting the worse but it can be extremely costly, leaving relatives with a bill for several thousand and having to turn to social media begging strangers for donations. 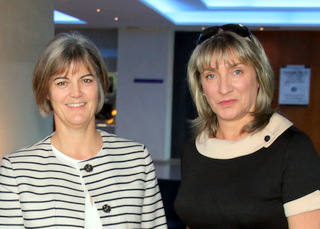 I met with Julia Longbottom, Director of Consular Services during her whistle stop tour to Benidorm at the beginning of this year. As part of the Foreign & Commonwealth Office in London she is responsible for providing and delivering consular services and assistance to British Nationals overseas, via a network of some 600 staff posted in British embassies and consulates around the world. Her message is clear: Travel Insurance is essential – be Travel Aware, but you also need to check you have the right one. Most standard policies do not cover for extreme sports – and quad biking and water skiing may fall into that category! The message is clear - If you can afford to go on holiday then you can afford to take out insurance!