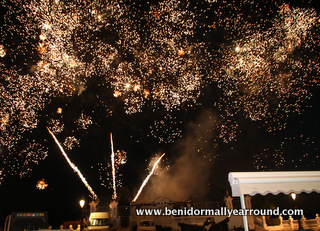 If there is one thing that they do well here in Benidorm then it has to be the fiestas… and in particular, the terrific firework displays! On Tuesday night it was the fiesta of San Jaime, the patron saint of the town… not that they really need an excuse to party here - celebrated up in the Old Town, in the Plaza de San Jaime. 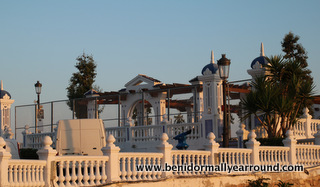 After the formal part, involving all the fiesta queens, mayor and officials, what is considered the best bit took place. The firemen were at the ready in case of any accidents and spectators, who turned out in their masses, had their camera’s poised, ready to snap away. 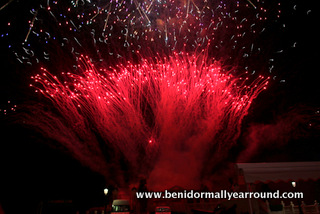 The Mirador was fenced off and the place where the fireworks were let off from, to a collective awww and ahhh with each new one. It was a great display – but I truly dread to think of the costs involved and cannot help but wonder what else that money could have been used for. 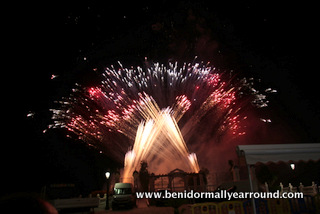 However, on the other hand it does bring people here, who spend money and support the local economy so a double-edged sword. But hats off, it was a bright and loud affair which everyone present really enjoyed. Afterwards there was an open-air party, with live DJ to ensure that the night finished off on a high. 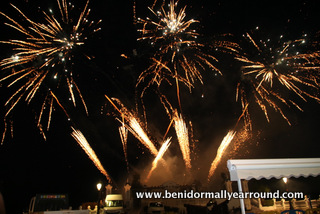 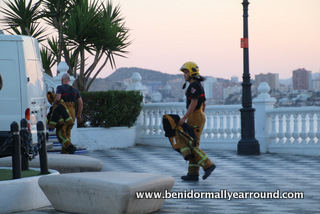 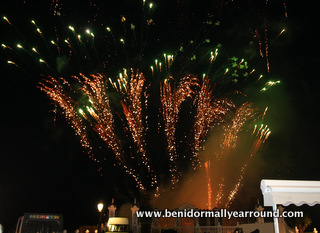 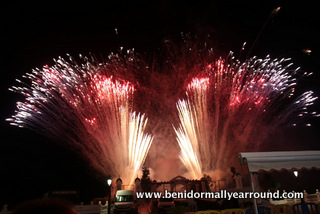 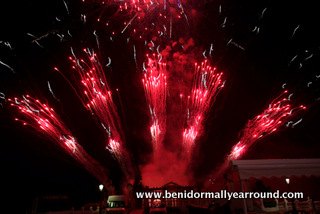 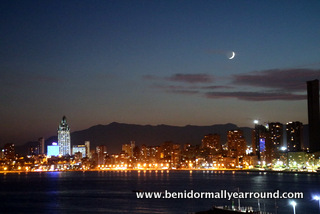