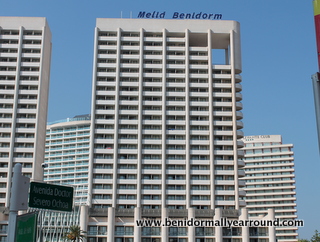 Hoteliers are putting pressure on unions to join the fight against "illegal" private rentals – which they claim are threatening jobs within the tourism sector. APTUR – The Association of Tourist Apartments on the Costa Blanca are also joining in the campaign for a clampdown. All villas and apartments offered through APTUR are registered with the Valencian Tourist Board, thus offering security, safety and peace of mind – what they promote.

Plenty of private rentals in Benidorm 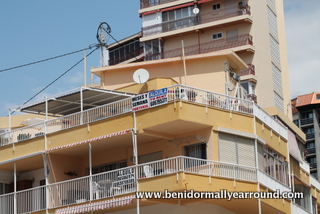 Until 11th October APTUR are running a public awareness campaign in several towns across the region including Benidorm, Altea and Albir, where they will be offering information and advice to holiday makers on how to rent a holiday apartment safely and legally. Stories often appear in the press of people paying for holiday villas found on the internet, then when they arrive at the destination it either doesn´t exist or is already occupied! You will often find apartments advertised privately – either in classified ads of local papers or directly from balconies and windows. In much the same way that you shouldn´t hire an unregistered private taxi, similar rules should apply here. 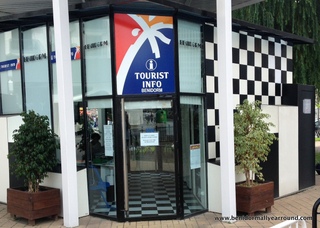 There are many Brits, as well as other nationalities who indiscriminately rent out properties illegally. Often they take the money in the UK and pay no tax in either of the countries - this is what authorities are cracking down on. However, going through an agency is not always a guarantee either. Many will take on a property to rent on your behalf, which is the only option for those living in the UK and are only interested in getting their commission from the rental. They do not check with the owner whether that income is being declared - it´s not their job to. Perhaps what should happen is that they are automatically made to submit an income notification to the tax authority with the owners details. It would then be up to the authorities to check whether that income is being declared and the appropriate taxes paid.

Benidorm beaches are the star attraction 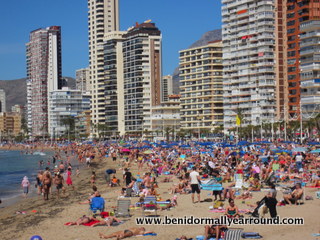 Last year an article about a crackdown on illegal holiday lets was published in The Daily Mail! They sensationally claimed that "thousands of Brits with homes in Spain and France may be banned from renting them out" and "that travellers will no longer be able to pay cheap rent direct to owners, but will have to stay in apartments, hotels or villas operated by major firms". Sometimes lack of customer service pushes people to look elsewhere – Spain is hardly renowned for its friendly approach to customers in many sectors. Post offices, banks and supermarkets are a good example. Walk in and the assistants are often too busy engrossed in personal conversation to stop and serve you – something which I and guess hundreds of others have experienced here... sometimes they are their own worse enemy!

Yes it may end up having a negative impact on tourism here, especially if holiday makers cannot find anything within their budget to rent. However, I believe that there is always a vast option to find a legal property. The Spanish revenue have been employing native bilingual speakers who trawl through British papers looking at private adverts for villa rentals. They then make contact under the pretence of being a prospective client to gather details, including bank transfer information and pass it on to the relevant department to investigate. So be warned if you fall under that category!