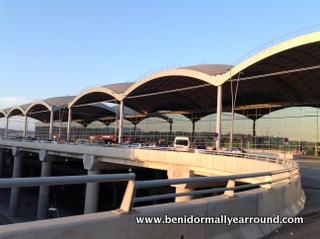 After months of negotiations between the Regional Government, AENA – the airport authority and the City of Elche, the installation of a license plate reader has finally been approved for Alicante Elche airport, the destination airport for those traveling to Benidorm. The estimated cost of between 7000 and 8000 euros will fall upon Elche Council, who will be responsible for the installation and maintenance. 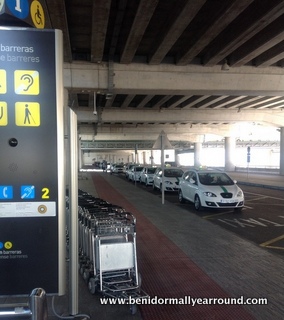 The Elche taxi drivers association have been campaigning long and hard, staging several protests over the years for the police and authorities to crack down on illegal taxis picking up passengers at the airport. The device is expected to be operational from the first week of November and will automatically record the number plates of cars entering the airport zone.The agreement reached was that non-Elche registered taxi´s can make no more than six journeys FROM the airport per month - so long as passengers have pre-booked the taxi. Those recorded making more will have their details passed onto the local police where a penalty will be issued. However, taxi drivers from other areas are already challenging this saying that it is not legal IF they have been pre-booked!

Several choices of getting to airport 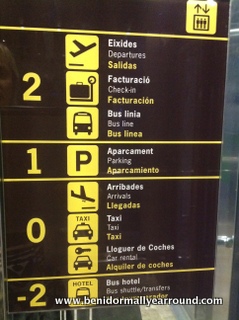 It is often a difficult decision to make as to how to get to the airport – drive, bus or taxi. First and most important is to make sure that it is legal! Do not use the guy from the pub or someone's next door neighbor who will do it for a quick cash in hand job, as tempting as it is to save a few euros. They are not insured and the police do perform checks at the airport approach roads – you could be fined for collaborating. Ensure that they have an "SP" plate on the back of the vehicle, which means Servicio Publico and that they are legal and insured to take passengers.

Shuttle buses are the cheapest option 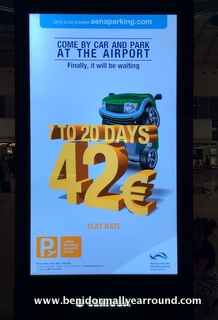 A cheaper alternative is a shuttle transfer bus, such as Resorthoppa – the only drawback being that if there are multiple drop-offs it can take longer – but with the price you pay acceptable. Alternatively the airport are competing price wise on the cost of parking – offering up to 20 days of parking at the onsite multi-storey car park for only 42€ meaning you don´t have to wait for a minibus to collect you on arrival.

And lastly for those coming to Benidorm for their half term break next week.... don´t forget your EHIC and travel insurance - no-one plans on having an accident but these things do happen!