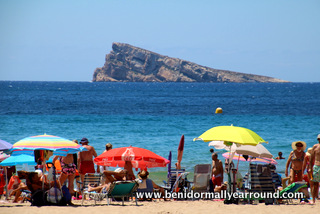 Have you ever stood on the beach - doesn't matter if it's the Levante or Poniente and wondered about that jugged jutting rock? It is one of the iconic landmarks here and simply called Benidorm Island, but some people refer to it as Peacock Island. Although it looks fairly close it is actually 4km away - and many people, especially after a drink or ten think they'll swim over... but quickly realise their mistake! 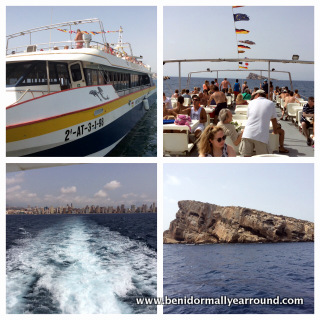 Many people, particularly after a drink and feeling invincible, attempt to swim to the island but very quickly realize that it´s not as near as it looks! Benidorm Island is a great place to visit and can be reached safely by boat. An hourly service leaves from the port in the Old Town, which can be found between the beginning of Elche Park and Mal Pas beach. Follow the signs to the ticket office – adults cost €15 and children €12. 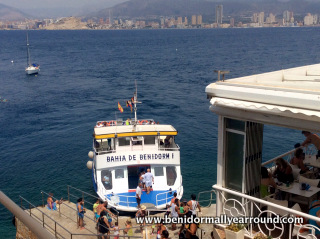 The first boat leaves at 10am but during the busy season there is a departure almost every half hour – it´s like a shuttle service between the island, going back and forth throughout the day and only takes about 15 minutes - which gives you an idea of the distance. From the open top deck you get an opportunity to take some great unusual pictures of the shoreline. 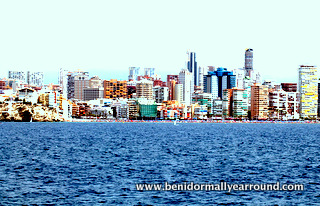 Once there you get a stunning view of the Benidorm coastline, with the Puig Campana mountain as a backdrop - that is the one with what appears to be a big chunk missing out of it. Although the sea is fairly calm at this time of the year, it can get quite rocky, so if you suffer from sea sickness stay inside. 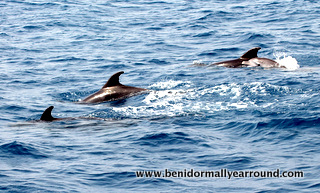 As you approach the island look out for the pods of dolphins, jumping in and out of the water alongside the boat – a spectacular sight. The captain commentates over the microphone which side of the boat they are on and everyone runs from one side to the other. There is a glass paneled viewing chamber which is open as you approach the island where you get a fantastic close up view of the fish swimming around the boat. 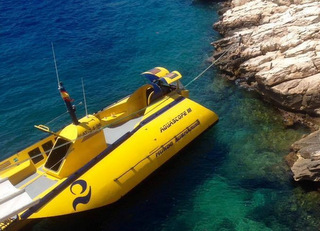 The island is actually a protected natural park which you can explore and included in your ticket price is the opportunity to hop onto the "Aquascope" - a bright yellow glass bottomed boat which goes around the entire island. Many that have been say this alone is worth going to the island for as you see the beautiful fish and fauna on the seabed. 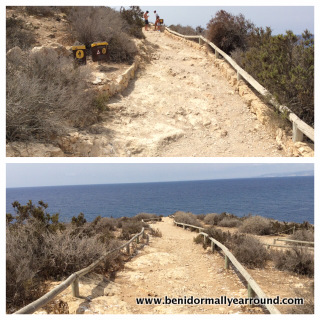 You can walk to the top but it is very rocky and uneven, so if you are a little unsteady on your feet then best to avoid – remember to wear flat shoes.It is certainly not suitable for mobility scooters - although it is surprising how many prams with babies go! It is a fantastic place for bird watching and scuba diving and attracts many enthusiasts throughout the year. Many people take their swimming gear and there are roped off areas where you can swim and snorkel in the clear waters. 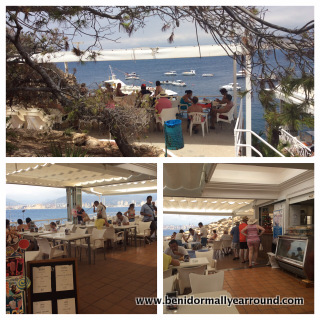 As you disembark there is a fairly step climb up to the only cafe and restaurant on the island - so obviously they have a captive audience! They serve drinks, snacks and food – a 3 course menu with salad, fish & chips, dessert, bread plus wine was €17.

Check the return time of the last return trip back to the mainland - otherwise you´ll be stuck and remember, it´s a long way back!