Catching up with Johnny Vegas 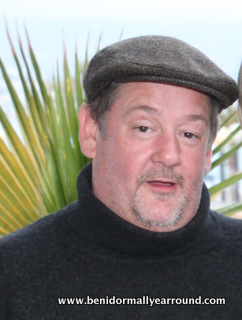 Have you ever wondered where the name Johnny Vegas came from – it’s not the one he was born with, that’s Michael Pennington, incase you never knew - but his stage name. Well, one of his favourite films growing up was 'Grease’ – starring John Travolta and Olivia Newton John. The two John’s in those names isn’t the answer but Johnny Casino & The Gamblers – the musical group performing at Rydell’s National Dance-Off was his favourite character. It nearly did remain Casino until a night out with mates, when they decided upon Vegas and so JV was born. 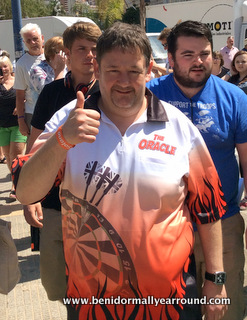 He is currently back in Benidorm, the resort and comedy series, where he has reprised the role of Geoff Maltby aka The Oracle – self proclaimed Lancashire pub quiz champion, who will appear alongside his mother Noreen (Elsie Kelly) in episode 6 onwards. Johnny is a true real life Lancashire lad, hailing from St Helens and an avid supporter of the Saints – St Helens RFC. In fact, he is heading back to watch his team hopefully thrash Hull FC this afternoon in the Rugby League Challenge Cup match at Langtree Park.

He is a well known and recognised stand up comic and the likes of Les Dawson and Dave Allen, with their clever play on words probably influenced his early years in the profession. He has been to see all the comics here in the resort during his extended periods while filming – but admitted much of the material couldn’t be used back in the UK as would be deemed too controversial and politically incorrect. 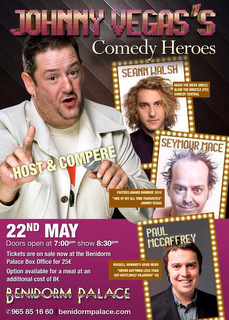 But he is a champion of promoting upcoming talent and with this in mind is bringing over 3 great names to perform at Benidorm Palace on Sunday 22nd May – Seann Walsh, Seymour Mace (one of his favourites) and Paul McCaffrey. Johnny won’t strictly be performing, but instead will be the host and compare for the evening. However, I am pretty certain that in reality you will get to watch 4 greats on that magnificent stage! Tickets are already selling for this one-off show so book ahead to avoid dissapointment - "It's only a matter of time before these three will be selling out the likes of the O2, Manchester and NEC arenas" Johnny assured me and you'll be paying silly money to see them.

He has a love of Spain and even got married here – in Seville as his mother-in-law is actually Spanish and loves the culture and food. Paella is a firm favourite – coming a close second to his nemesis, cheese, particularly a strong cheddar! But he also loves to cook and makes a mean walnut & pea shoot pesto – he substituted the pine nuts so an innovative cook too… he didn’t blossom like he has on lettuce leaves! 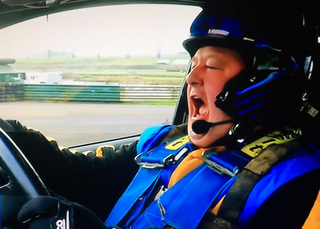 Comedy aside, he is now very much a family man following the birth of his second son. He loves watching boy racers approach his Golf R32 at the traffic lights, vying for a speed off then glance behind and notice the baby seat strapped into the back! His recent appearance on the ITV reality racing show Drive – where he finished in a very respectable fourth position was great fun and adds to his credentials.

Apart from his current stint in Benidorm, he has an enviable catalogue of television appearances, acting alongside the fantastic David Jason in Still Open All Hours, the sequel to the BBC sitcom Open All Hours, six years on Ideal – comedy drama and a regular panelist on shows such as 8 Out of 10 cats and QI and spots on many others including Saturday Kitchen and Loose Women. He has also done some directing, namely the music videos for Billy Braggs ‘Handyman Blues’ and also Beautiful South’s Paul Heaton and Jacqui Abbotts ‘DIY’ and something which he wants to do more of over the coming year. 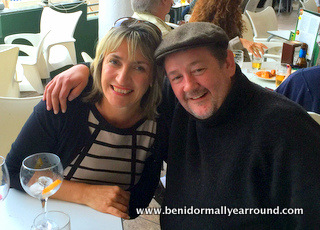 I spent a wonderful afternoon with him, putting the world to rights and he is more than obliging to have pictures taken with the many fans who approached him – after all, it is thanks to them that I am who I am he told me… never bite the hand that feeds you.

For a chance to win a pair of tickets to the Comedy Heroes show at Benidorm Palace answer the following question:

Which film influenced the origin of his stage name?

Send your answer to This email address is being protected from spambots. You need JavaScript enabled to view it. by midnight on Friday 20 May