Love dressing up - then come to Benidorm! 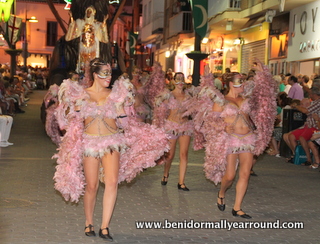 If you like dressing up then Spain, and in particular Benidorm, is definitely the place for you. Hardly a month seems to go by without some sort of excuse to raid the dressing up box – and this phenomenon appears to have rubbed off onto the Brits too. There is one fiesta after another throughout the year- and obviously no occasion here is complete with fireworks! 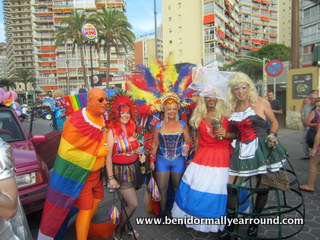 The next event taking place is Pride Week – which kicks off on Monday 8th until Sunday 14th September, with the main colourful parade taking place on Saturday 13th along the Levante promenade. The rule here is the more glitzy and flamboyant the better.... and remember that everyone can join in. Just as there is no need to be Irish to join in the St Patricks Day celebrations, you do not need to be gay to take part in Pride or any of the week long parties and activities. For a full list of events taking place go to www.benidormpride.com 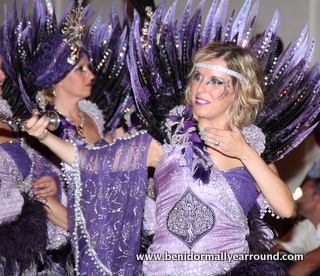 After Pride comes the Moors & Christians – both Altea and Benidorm celebrate one week after each other. Altea is 26th – 30th September with the main parades taking place on Saturday 27th and Monday 29th and Benidorm is first week of October – date of parade hasn´t been published yet. But this is serious dressing up – most of the penyas spend vast amounts on hiring costumes from specialist shops in either Alicante or Alcoy, having spent most of the year fundraising for the occasion. 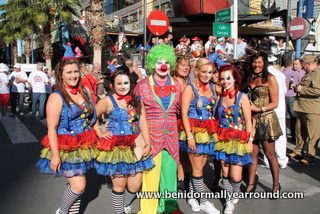 Then what is now probably THE biggest dressing up party in the world takes place in November, this year falling on Thursday 13th November – the British Fancy Dress Day! It takes place the day after the official end of the Benidorm fiesta – and always falls on a Thursday. Brits turn out by the thousands, with many flying over especially for the event. 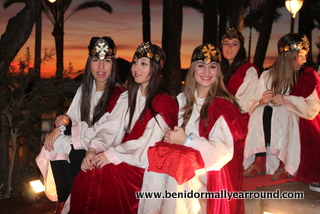 The year starts off with the 3 Kings parade, which takes place on 5th January – 3 Kings is on 6th and a public holiday across Spain. For Spanish children it is the highlight of the year and they go to bed all excited as the 3 Kings will hopefully leave them gifts in the night – much like Father Christmas does in England! There is a lovely parade which starts at Dove Park in the Old Town every year – starting around 6pm. 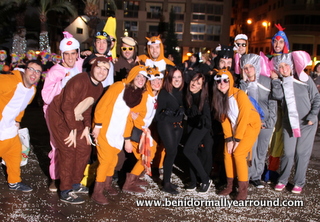 February is Carnival time and the penyas pick themes – there is a competition for the best and most original outfits. These are more DIY/home made rather than hired from a shop and definitely a family event – with lots of children taking part. During carnival week, school children generally go to school each day wearing something from a list, such as odd socks, a painted face, father´s tie.

Benidorm turns into a sea of green in March 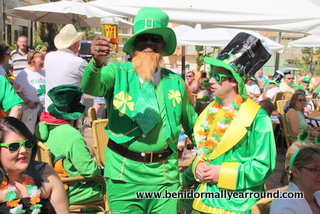 March 17th is St Patrick´s Day and the streets of Benidorm turn into a sea of green. This is gradually getting bigger and bigger, with many bars embracing the occasion – and spending of the Brits, by decorating the bars with bunting and putting on live entertainment. Next year – 2015 it falls on Tuesday so the weekend before will be full of party going, Guinness loving leprechauns walking around! Fingers crossed the weather will be roasting as it was this year. 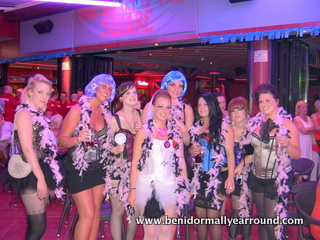 Apart from all those specific dates and occasions, Benidorm attracts Stag and Hen groups almost all year round – and dressing up is almost compulsory for them. No-one takes a blind bit of notice of a group of super heros, pirates or tiara clad ballerina´s walking down Calle Gerona... it´s almost the norm here!April and May are probably the busiest for this group