Great start to the year for Benidorm 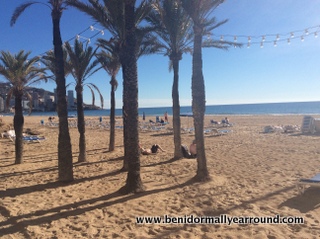 The year has got off to a great start for Benidorm – the unusually mild start to the year has seen temperatures hovering around the 20 degree mark and many even braving the waters for a swim. The last of the Christmas festivities takes place tonight – the 3 Kings Parade which is celebrated in all towns and cities across Spain and tomorrow is an official Bank Holiday here. Then the sales officially begin – or "rebajas" as they are known here.

Bookings to Benidorm up 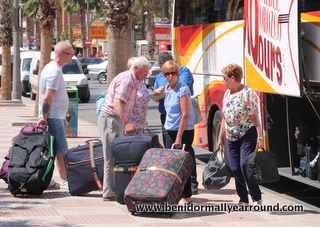 Hotel bookings to the resort are already in the region of 15% to 20% up on last year's figures according to Antonio Mayor, President of HOSBEC, welcome news to many hotel managers. Last year's unprecedented good weather in the UK resulted in many staying and taking holidays at home – although it is often more expensive to holiday to the same standard food, drink and entertainment wise. Perhaps this may explain the already encouraging bookings so early in the year. 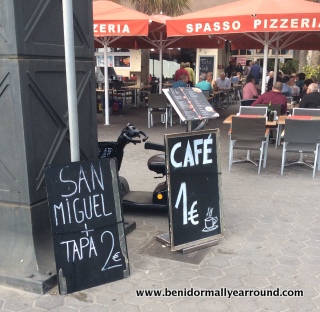 However, not all of the hospitality industry are as enthusiastic on hearing the news. Javier de Castillo, President of the Bar and Restaurant Association in Benidorm said that his members were up against an increasing number of ´One Euro´ tapas and beer outlets in addition to the ever popular ´All Inclusive hotel package deals´ - much like the ficticious Solana Resort in the ITV comedy series, which they find virtually impossible to compete with. 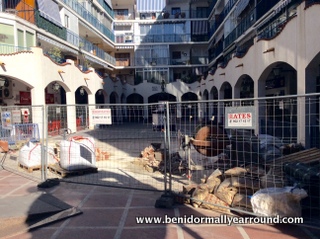 But not only are bars and restaurants up against a competitive market, the issue of noise also continues to blight their trade. Tensions continue in the Old Town, in particular on the Calle Ruzafa at the Plaza del Rincon - where the restaurant Aitona is, with the huge paella pan. Bars and restaurants on the ground floor have used the central courtyard for years, but fed up neighbours living above have taken matters into their own hands. Last summer they began a vendetta by throwing buckets of water down onto customers, which resulted in police intervention following heated exchanges between the restaurateurs and residents. They then took matters into their own hands and started to build a wall around the square, therefore stopping the businesses placing tables out. But a judge has ordered an immediate suspension of works after complaints by the businesses on the ground floor that it obstructed the rapid evacuation in the case of a fire.
It is a difficult balancing act as Benidorm is so dependent on tourists for its survival – but the issue in the above example is noise not from unruly rowdy Brits by domestic Spanish tourists! I think it will be a long ongoing dilemma and one that will probably never be solved to everyone's satisfaction - a similar "war on noise" continues in the Rincon along the Levante beach front.