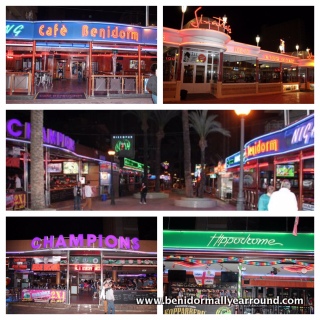 Once the sun goes down, the bright lights come on and Benidorm is transformed into a party capital – the centre of which is found on Calle Gerona. The resort is a magnet for those wanting a good time without having to take out a mortgage sized loan in order to achieve it! With the apparent clampdown in Magaluf starting on 1st May, police there will have the powers to confiscate alcohol from those found drinking on the street – which is all good news for Benidorm. 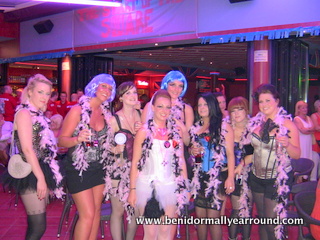 Already probably the most popular destination for many – especially stag and hen groups, this will undoubtedly swing it for those about to book a fun weekend away. Calle Gerona, in the Rincon de Loix is where all the cabaret bars and nightclubs are located – Morgans Tavern, Western Saloon, Red Lion, Broadway, White Star and Tiki City. 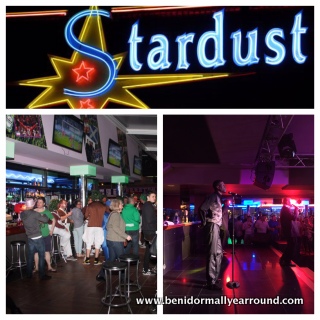 Stardust has just re-opened after a major refurbishment and now has a huge sun terrace. They will be open during the day (previously they only opened in the evenings) and have installed flat screens to broadcast all sporting events. They will continue, like most of the other cabaret bars to offer FREE live entertainment and have added the Benidorm legend – Sticky Vicki to their lineup, who has an early 9:15pm spot (maybe she needs her beauty sleep). Also confirmed and exclusive to Stardust are the fabulous Stylistics! 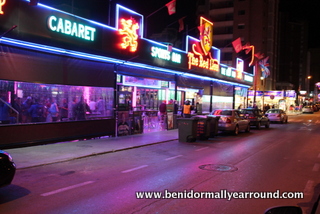 The Square, which is actually a street running up alongside Luckys casino doesn´t even begin to spring to life until around midnight – and you will not be short of venues here either. “Inviters” will try and persuade you into their establishments with offers of free shots, hoping once you are through their doors you will stay. 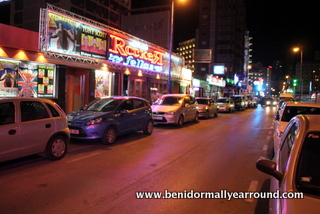 Champions and Café Benidorm are probably the two most popular venues here – and you will still see life in Café B at 6am. This is where the annual British Fancy Dress Day in November started, although now it spills out all the way down the entire length of Calle Gerona. 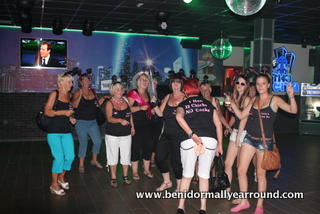 We are now entering Stag & Hen season and the resort will be chock-a-block with groups in fancy dress most weekends – they tend to arrive either on a Thursday or Friday. Most are well behaved – if anything a little loud, especially after a drink or ten. With the current strong exchange rate, the pound is going even further now, making a break to Benidorm – with sun and cheap booze versus staying back in Blighty, with grey skies and over priced drinks a no brainer.