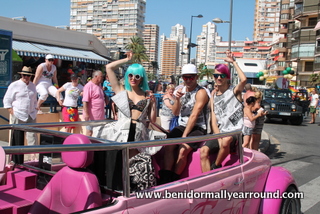 The hugely popular and successful MotherMonster tribute to Lady Gaga is still taking Benidorm by storm, nearly 4 years on. The fast paced show - the first and original, is a celebration of her music featuring Leah Kankowski as Lady Gaga and accompanied by male dancers Rafael Faust and Christian Perez... quite a trio! 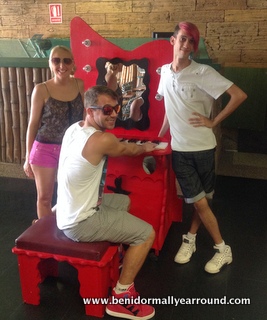 Of the 3, only Christian is Spanish and studied in Alicante. Rafael is Brazilian and been in Benidorm for 5 years now – where he is a profesional dance teacher at the ´Maria Jose Moya´ Dance studio in the Old Town, having attained a dance degree in Brazil. Leah studied Dance & Drama in the UK and arrived in Benidorm to persue and continue her passion of singing and entertaining. She worked on Radio Metro, taking part in several roadshows and is also an accomplished songwriter – something she plans on persuing. Infact, Rafael also use to be a radio presenter – here on Hotmale radio. 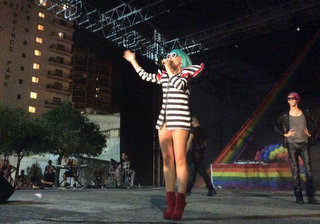 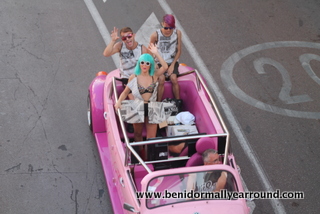 They have just recently done a live show in Moriara for the Lions Club, performing with a live band and on 28th & 29th November will be doing another show at the Ondara theatre with ´Chess´ - a live band who are a phenomenal Queen tribute. They change the show every year to keep the routines fresh and with the recent release of Lady Gaga´s new album, where she duets with Jazz supremo Tony Bennett, it has given them some new material to work with. 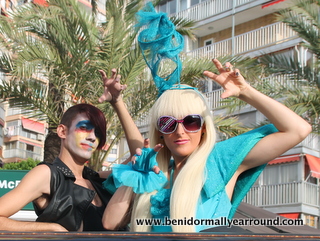 Being a real rock chick I imagined Leah going out on the town after her performance – but no, she can´t wait to get home to her beautiful 16 month old daughter Olivia – that so dispelled my illusion that it was all night partying and drinking then rolling back in as the sun was rising!
You can catch the MotherMonster Tribute at Tropical every Monday, Thursday and Saturday; Jokers on Friday; Ambassador Hotel on Tuesday and Rio Park on Wednesday – 10pm except Rio Park 9pm and Sat 11pm, leaving only Sunday free for them! They are currently working on a show stopping routine for New Years Eve, details to be revealed later in the year. Checkout their Facebook page – mothermonstertribute.