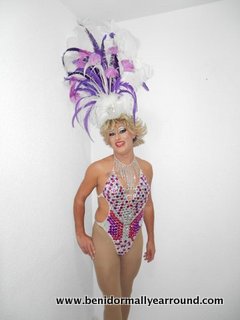 WHEN IT comes to drag shows in Benidorm, Miss Coco Chanel is often referred to as the "Queen of Visual Comedy" - and it´s not hard to see why, performing an amazing 12 costume changes within a spectacular one hour show!

The man behind the many faces of Coco is Colin Brown – a funny, energetic and extremely talented artiste. He performs a full mime comedy drag show – with emphasis on the mime as he readily admits his voice would empty a room in 10 seconds flat! 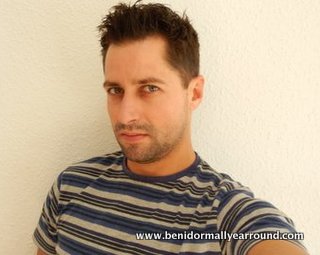 In years gone by you would had to have gone into the Old Town – where two of the original and longest running establishments still pack them out – The Rich Bitch Show Bar starring Miss Jordan Rivers and Kaffe Klee with the Horror Sisters among one of many, but now there is Miss Coco in the New Town!

Originally from Edinburgh in Scotland, Colin has been performing around Benidorm for 4 years now – in the beginning cutting his teeth at Queens then Sandra´s. 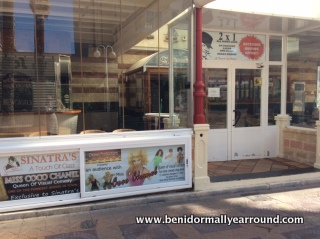 You can now catch him every night at 11pm in Sinatra´s and at Talk of the Coast at 9pm every night EXCEPT Friday & Saturday – check out the Facebook page Coco Benidorm for full show times.
Colin is a trained dancer – specializing in ballet and jazz, which probably explains his stamina. However, it came late in life to him as pulling on a pair of tights as a schoolboy in Scotland really wasn´t an option growing up! 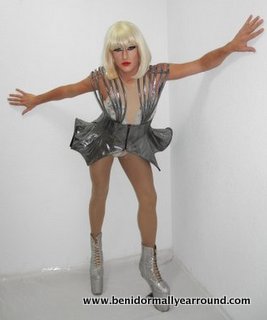 He has performed at the famed Edinburgh Fringe Festival a number of times between 2008 2010 to great applause and now Benidorm has the honour of hosting this incredibly polished top class act – there is comedy and banter as well as interaction with the audience which is suitable for all ages. Johnson´s Baby Oil is his best friend – explaining that to get all his stage make up off quickly it´s the best thing to use – so a top tip for the girls.

This year he will be around and performing throughout the whole of December and January – he normally doesn´t stay for the Winter season but then will be jetting off to sunnier climes in February and popping via Bangkok on his way back to stock up on more glittery costumes. Definitely a show not to be missed.