No more props in Benidorm ? 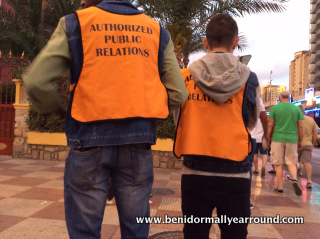 The streets around the English Square seem eerily quiet of late - walk down Calle Gerona or Calle Lepanto and you will notice a distinct absence of Hi-Vis orange vests on the street corners. Since 1st September, the Town Hall bought in new regulations banning “props” – promotional reps or inviters, from the streets of the Rincon area. According to a letter sent out to all bar owners, anyone found working on the streets will personally be fined €1,500 and the bar an additional €1,500. 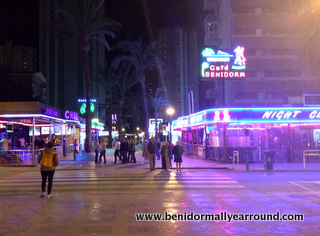 A recent report from the local police informed Lorenzo Martinez, the Councilor responsible for the new legislation that a drug network was operating which implicated some of those working as inviters. They also had evidence that they informed each other via mobiles and walkie talkies when they spotted any police approaching. Last year, in an attempt to clean up the image of the resort, bars were limited to two props and all were required to wear high visibility vests and ID around their necks. 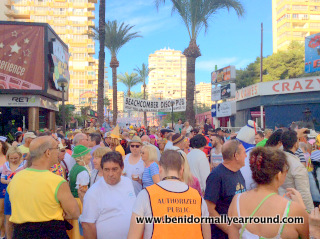 But with this new revelation the Town Hall have been forced to act, especially as a high volume of Brits visit at this time of the year. There has been a mixed reaction to this new ruling, with those working in the sector understandably unhappy. I spoke to a number of bar staff in the square last weekend and they told me that they definitely noticed a drop in trade midweek. 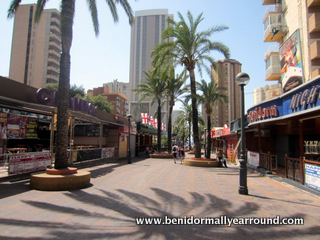 At the moment weekends are busy so not affected, but come the low season they are sure it will hit trade. The majority of those inviters are now sadly out of work as bars were already fully staffed and evidently upset. I spoke to the partner of one, who was employed behind the bar and she thinks it wrong to “tar everyone with the same brush”. Her boyfriend is now desperately trying to find any kind of work and says that banning props will not get rid of the problem. “It went on and will continue to do so as it does everywhere”. The fact remains, if people want to take recreational drugs while on holiday, they will find a way to do so. 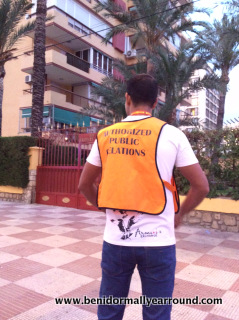 But on the reverse side, many holidaymakers are happy with the ban. They are fed up of being accosted and listening to props shouting over one another. Some see them as counter productive and intimidating, arguing that the good bars will be busy thanks to word of mouth rather than being pressured into going inside.
The bar managers are hoping to meet with council representatives at some stage in the near future to discuss this issue and how they can work together to resolve it – time will tell if the orange vests re-appear on the streets!

There appears to have been a change of heart by the Town Hall and the ban was only "temporary". As of tonight - Thursday, props are now allowed again but with provisos. Two per bar, NO orange jackets as they "bring down the tone of the area", each prop has to wear an ID around his neck with name, bar, NIE number and they have to be dressed "smartly". Plus the bars are only allowed to employ British speaking staff - which seems obvious. Wonder if the rules will change again....