Recession in Benidorm... said who? 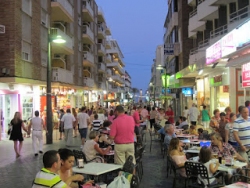 The scene across Spain on Sunday night was one of eager anticipation. Thousands sat huddled in front of television screens to watch Spain thrash Italy in the Euro final... and every time a goal was scored the fireworks went off. Thousands of kilos of gunpowder must have been ignited over the course of the match - it is somewhat of a mystery to me the Spanish obsession with fireworks

Night market at the Mirador in Benidorm 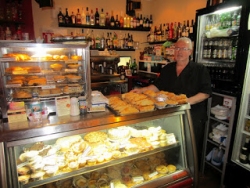 If you are stuck for something to do on a warm and balmy evening why not head up to the Old Town. Benidorm has in some people´s minds acquired a reputation of solely being a stag and hen destination or for those wanting nothing more than sun and cheap booze. Yes that is the case up to a point, but if you head up to the Old Town you will think you are in a completely different part of Spain.

Is Cash or Pre Paid debit card the best when coming to Benidorm? 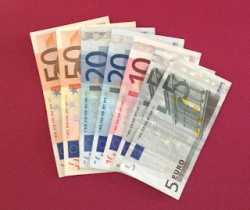 As you do the final holiday check list many will still be in a quandary about currency - what is the best option? Take cash... where to exchange - in the UK before travelling or at the destination. Use your credit card... what will be the charges and will I get a good exchange rate from the bank. The third option often touted as the safest is using a pre-paid debit card. 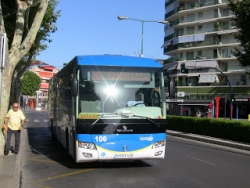 Pea men are not only a problem in Benidorm as I read in a national UK paper yesterday. London is also suffering from these organised East European criminal networks operating in the capital. The gangs are very difficult to arrest as they scatter within seconds, passing any incriminating evidence to other members of the gang. 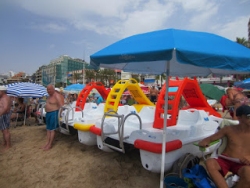 Following last weekends San Juan celebration on the Levante beach, Benidorm Town Hall announced that they removed over 4100 kilos (4 tonnes) of rubbish - now that´s an awful lot of beer cans! Pepe Marcet, the Councillor responsible for Beaches and Environment said that cleaners got to work shortly after the last of the revelers left, and that by the morning the beaches were clean and ready for use. 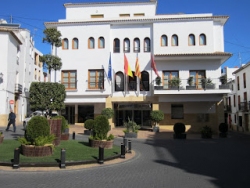 With no sign of the ongoing financial problems easing, 3 local towns in the area have decided to join forces in an effort to reduce costs. Yesterday the Mayors of La Nucia - Bernabe Cano, Altea - Miguel Ortiz and Alfaz - Vincent Arques held a meeting at the Palau in Altea and announced that in order to cut costs in the height of the crisis they intend to share the management of municipal services. 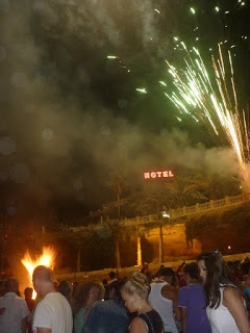 To add to the excitement and atmosphere on the Eve of San Juan, those that went down to Albir beach joined the locals watching Spain playing in the Euro quarter finals on a huge screen. You could cut the tension with a knife every time the ball drifted towards the Spanish goal, but when Spain scored I should think you could here the cheer in Benidorm.For those that may still be unaware, Spain is now through to the semi finals...

Crackdown on closing times in the Old Town of Benidorm 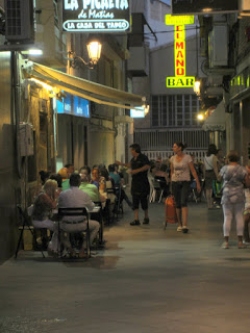 The Government has implemented a campaign of enforcing sanctions on bars and pubs in the Old Town of Benidorm. Regional Police are demanding that establishments are adhering strictly to official closing times and imposing fines on some premises. According to Town Hall sources, last weekend alone over 2000 euros was collected in one night  - and penalties can accumulate up to 30,000 euros for "repeat offenders".

San Juan party night in Albir and Benidorm - but no bonfires 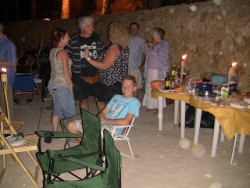 CTomorrow night is party night across the region - not because Spain are playing football but it is the traditional night of the Eve of San Juan - 23rd, with the day falling on the 24th June. It is a very ancient festival, originally with deep religious meaning but has become diluted and is basically a night of partying and fun with friends and family.

Tourist agencies complaining about lack of policing in Benidorm 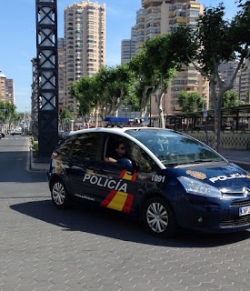 With the arrival of the Summer season, Avibe - the Association of Travel Agencies and APTUR - Association of Tourist Apartments have called for increased police presence in the town.... particularly in the English quarter. As with all holiday destinations Europe wide, the mass arrival of toursits attracts pickpockets and organized crime gangs. 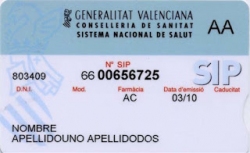 Back in April I reported about the introduction of charges for prescriptions to all - including pensioners. This is now in motion and will be introduced from 1st July. Everyone in possession of a SIP card, which entitles you to health care much like the NHS in the UK will have a number between 1 and 6 ranked against them. This number will determine how much you will pay towrads your prescription charges.

New speed limit to be introduced on Spanish roads 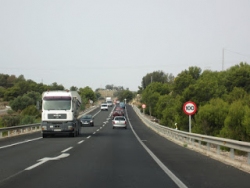 Yesterday Interior Minister Jorge Fernandez announced plans to reduce the speed limit on "secondary" roads from 100kph to 90kph with the reasoning that this is where the highest percentage of accidents occur. Speaking to reporters he explained that they are "fairly confidant that by lowering the limit it will improve road safety. 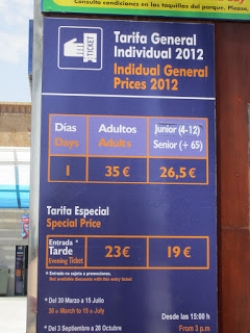 As  of today, Terra Mitica Theme Park in Benidorm is open every day of the week - up until now it has only been open on certain days causing confusion to many holiday makers who turn up to find the gates closed.The opening hours are 10am until 8pm then from 16th July it will remain open until 10pm.The park is now under the management of Grupo Aqualandia Espana - the company that manages Aqualandia water park and Mundomar sealife park. 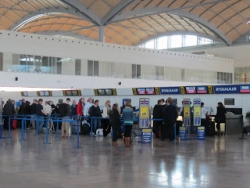 El Altet airport, which serves Benidorm is in free fall after airport operator Aena reported a loss of 440,000 terminal passengers in the period January to May - compared to last year. Figures confirm that the economic crisis and deprogramming of Irish carrier Ryanair has resulted in a 12.5% drop - 10% more than Palma de Mallorca, 12% more than Tenerife and 8% more than Malaga.