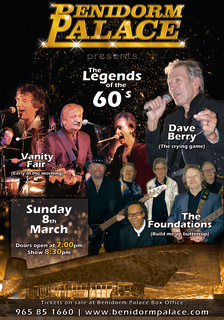 The sound of the 60´s will once again come to life at Benidorm Palace for a one night special performance on Sunday 8th March - with not one, but three legends of the era. The Foundations, remembered for their iconic hits such as ´Build me up Buttercup´ and ´Baby, Now that I´ve found you´ will be joined by Dave Berry, fondly remembered for his melodic hit ´The Crying Game´ and Vanity Fare who released ´Early in the Morning´ and ´Hitchin´ A Ride´. I was lucky enough to speak with two of the performers ahead of the show – Alan Warner of The Foundations and Dave Berry.

Alan Warner, guitarist and backing vocals is one of the original members of The Foundations and makes up what is probably one of the the largest groups around, with seven members. They are flying over on the day of the show as they have a gig the night before – together with guitars, trumpets and saxophone in their luggage. I joked to him that they obviously weren´t coming on a certain low cost Irish carrier and he said that actually they were as there were no other flights available! 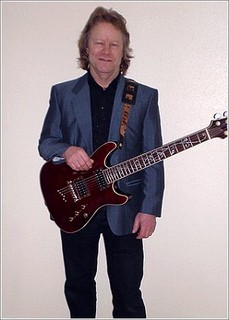 He always wanted to be a musician from a young age – the trumpet being his preferred instrument but his mother had other ideas and bought him a mouth organ instead.... smaller and quieter! He then progressed onto a toy accordion but that broke after a few weeks and his third musical instrument was a guitar – which set him on the road! He has a staggering collection of over 30 now and even still has his very first one– a "morena" made of plywood. He lived in Ireland during the early 60´s and was invited to play with a little known group called the "Black Eagles" but instead turned down that opportunity and decided to go back to the UK – that group eventually became "Thin Lizzy"!

The Foundations revival came to the fore following the 1998 film ´There´s Something About Mary´ starring Cameron Diaz, which featured their song ´Build me up Buttercup´ - but it is not their only brush with the silver screen. In 1970 the group were approached to write the title song for ´Take a Girl like You´ which starred Oliver Reed and Hayley Mills in addition to their 1967 hit ´Baby, Now that I´ve Found You´ appearing on the soundtrack of the 2001 film Shallow Hal, starring Gwyneth Paltrow! Many are also unaware that the Long John Baldry well known hit song ´Let the Heartaches Begin" was actually originally on an album by the group – if only they had known they would have released it as a single themselves! 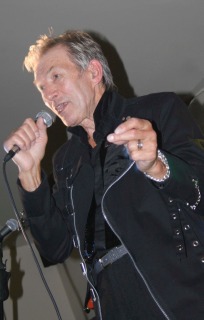 Meanwhile soloist Dave Berry told me that he is still enjoying a successful career and considers himself a " working musician" which is evident as he has recently been on two separate tours – one with Roger Taylor, founder member of Queen and Paloma Faith, who like Dave holds a passion for jazz. Back in the heyday of the mid 60´s he toured with the Rolling Stones three times – an introduction made by his publicist Andrew Loog Oldham, who also happened to be the Rolling Stones manager. But he told me that back in those days touring was very different – then pop groups were not welcomed in hotels as they are now, instead viewed as wild drug taking rebels!

His father was a semi professional jazz player and he would accompany him to his jazz concerts as a child and where his love of jazz, rhythm and blues stems from. He recollected an incidence back in 1966 when he was recording in a studio in Wembley – and virtually next door England were playing against Portugal in the world cup semi final. He popped out of the studio for a break and was invited in to watch the game – what a result, especially as the venue was switched from Goodison Park in Liverpool at the last minute to allow more spectators. Over the last 10 years he has toured extensively in Hong Kong, Australia and Europe and has no intentions of slowing down yet either. 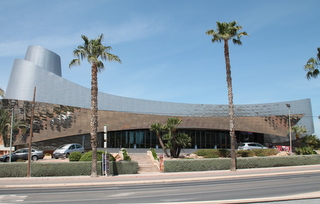 This one night special looks like it will be an incredible night, with so many legends on the stage of Benidorm Palace. Doors open at 7:00pm and the show starts at 8:30pm - tickets are available from the box office and cost 25€. There is no normal palace meal, however Chicken or Fish and chips are available for an additional 8€ on the night.

One very lucky reader can win a pair of tickets to this fabulous event by answering the following simple question:

Complete the title to this song "Build me up ?"

Email your answers by Wednesday 4th March to:
This email address is being protected from spambots. You need JavaScript enabled to view it.